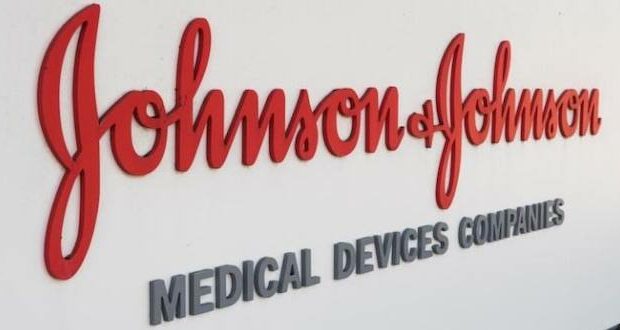 As the CDC and media herald the arrival of the Johnson & Johnson Covid-19 vaccine, bioethics groups say it has ethical issues.

The National Catholic Bioethics Center and the United States Conference of Catholic Bishops have released a statement that the Johnson & Johnson vaccine is morally compromised as it uses an abortion-derived cell line in the developmental and production of the vaccine as well as the testing.

Archdioces offices around the nation are communicating to parishioners which vaccines would be acceptable to take.

“We maintain that the decision to receive the COVID-19 vaccine remains one of individual conscience in consultation with one’s healthcare provider. We also maintain that in no way does the Church’s position diminish the wrongdoing of those who decided to use cell lines from abortions to make vaccines,” read guidance issued by the New Orleans Archdiocese.

In earlier guidance, the Conference of Catholic Bishops gave a green light to the other two widely available vaccines from Pfizer and Moderna. They affirmed that though there was some lab testing that utilized the abortion-derived cell line, “the two vaccines currently available from Pfizer and Moderna do not rely on cell lines from abortions in the manufacturing process and therefore can be morally acceptable for Catholics as the connection to abortion is extremely remote.”

The organization, as well as protestant bioethics groups, are advising that if the Moderna or Pfizer vaccine is available, individuals should choose to receive either of those vaccines rather than to receive the new Johnson & Johnson vaccine “because of its extensive use of abortion-derived cell lines.”

Millions of pro-life individuals are wrestling with the ethical consequences of the origins of COVID-19 vaccines.

However, they also say that vaccines developed using fetal lines over 50 or 60 years old present less of an issue than those using recently aborted babies. This was the position of the Trump administration which, in June 2019, announced through HHS that it would suspend research “that requires new acquisition of fetal tissue from elective abortions.” The policy still allowed for the use of fetal tissue through older cell lines derived from spontaneous abortions known as miscarriages.

Here is an explanation of the two most widely distributed vaccines in the United States and Europe based on information from the pro-life Charlotte Lozier Institute. 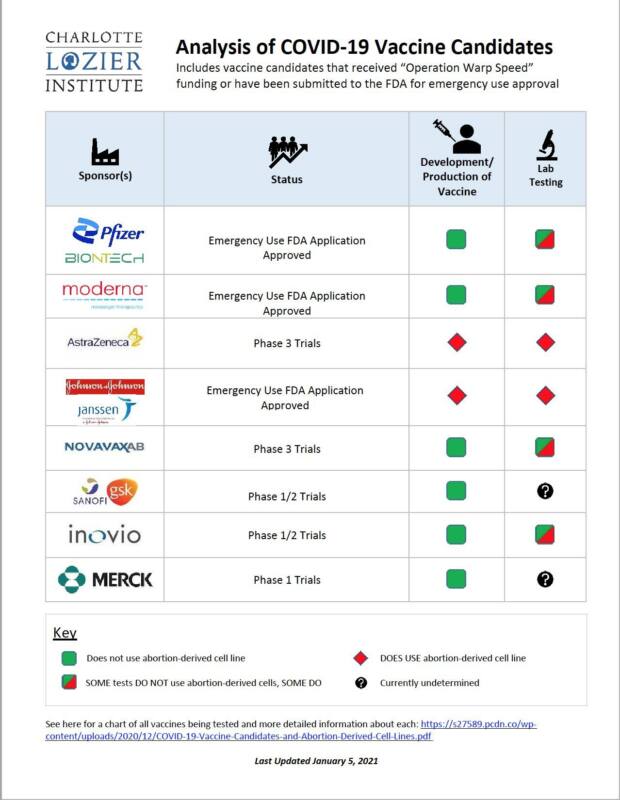 Pfizer and Moderna. Neither the Pfizer vaccine nor the Moderna vaccine used fetal cells in their design, development or production. Because of this, the Charlotte Lozier Institute lists both as “ethically uncontroversial.” The U.S. Conference of Catholic Bishops issued a memo on November 23 approving the ethical soundness of both vaccines.

“Neither the Pfizer nor the Moderna vaccine involved the use of cell lines that originated in fetal tissue taken from the body of an aborted baby at any level of design, development, or production,” the memo said.

Some controversy, though, has surrounded the Pfizer and Moderna vaccines because a fetal cell line was used in a later testing stage. The fetal cell line was derived from an abortion in the 1960s or 70s. John Brehany of the National Catholic Bioethics Center said the action by Pfizer and Moderna is far less problematic than using it in the design, development and production stages.

Astrazeneca/University of Oxford. The Astrazeneca/Oxford vaccine derived from an abortion in the 1960s or 1970s during all four stages: the design, development, production, and testing phases. The Charlotte Lozier Institute lists it as unethical.

The use of the fetal cell line means the Astrazeneca/Oxford vaccine contains a trace of the DNA from the aborted fetus, according to PolitiFact. Paul A. Offit, director of the Vaccine Education Center at Children’s Hospital of Philadelphia, said in a video this summer that vaccines derived from fetal cells contain “small quantities of trace DNA from the abortion in the vaccines.