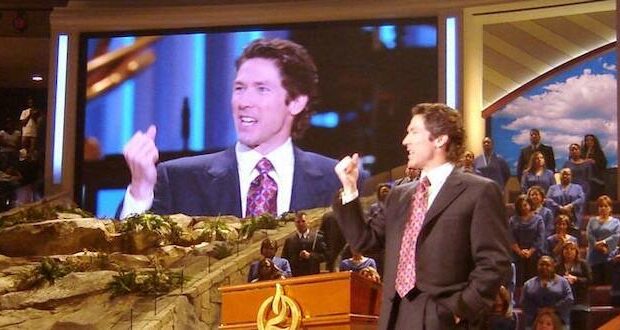 Joel Osteen’s megachurch, Lakewood Church in Houston, will repay the more than $4.4 million in loans it received under the U.S. government’s Paycheck Protection Program (PPP). The decision came after critics, including atheist organizations, questioned whether the nation’s largest single-campus church qualified for help under the COVID-19 relief program. The groups have been questioning other churches as well, which has many religious non-profit ministries worried they’ll be the next target.

The backlash against Osteen originated from church-state separation groups, who contend that because the loans were forgivable if recipients followed certain guidelines, they were equivalent to grants from the government.  The groups contend that all churches who have received PPP funds during covid are in violation of the separation of church and state.

The Houston Chronicle reports that Lakewood’s bank said the church has made payments on the loan but not whether it has been repaid in full or in part.

“No one should be forced to pay for someone else’s religious beliefs or practices,” Rob Boston, senior adviser for Americans United for Separation of Church told the Chronicle.

Lakewood Church’s PPP loan was originated by Bank of America in late July 2020, according to U.S. Small Business Administration data. Lakewood spokesperson Donal Iloff told the Houston Business Journal in December 2020 the loan was used to provide full salaries and benefits — including health insurance coverage — to all of its employees and their families, around 370 people.

He said the church did not initially apply for a PPP loan but did so later in the program as it became clear the pandemic and resulting shutdowns would continue for the long term.

In-person services at the more than 16,000-seat church — which boasts more than 50,000 members — were shut down for seven months before resuming at 25% capacity in October 2020.

Iloff told the Business Journal in December that none of the PPP loan money went to Joel Osteen or his wife Victoria, who he said have not received salaries from Lakewood Church since 2004.

In April, Alison Gill, vice president of policy for American Atheists which fights for more separation between church and state, claimed it was unlikely any church would have to return the money.  But she also said there was still time to determine if the government privileged certain religious applicants or used taxpayer money in inappropriate ways.

“We’re talking about a very large outlay of taxpayer dollars,” she said. After reviewing recipient data released by the Small Business Administration Monday, American Atheists estimated that more than $6 billion in stimulus funds went to houses of worship.

Other religious freedom scholars argue that the COVID-19 pandemic warranted unprecedented solutions since churches were forced, many say unconstitutionally, shut down for months. It made sense for the government to try to mitigate issues created by its own social distancing rules, said Stanley Carlson-Thies, founder and senior director of the Institutional Religious Freedom Alliance told Deseret News.

“What the (paycheck protection) program tries to do is keep everybody, including houses of worship, from being harmed by these things (like bans on group gatherings) we had to do on behalf of the whole society,” he said.

Price says his church was in trouble soon after pandemic-related restrictions shut down its daycare center this spring. First Baptist Church had around 40 people on its payroll and little new money coming in. It received $200,000.

“We were able to weather the storm,” he said.

Price, like countless other pastors and ministry leaders who serve their communities across the nation, wonder if they’ll be asked to return their PPP support.

If liberal groups opposed to the funding have their way, that is likely the case.