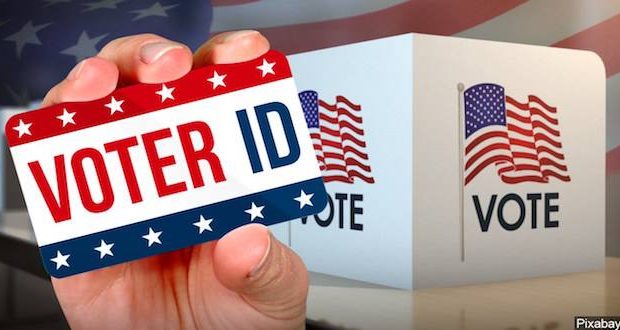 The state of Kansas goes back to a federal appeals court Monday to defend a statute that had required people to provide documents proving their U.S. citizenship before they could register to vote.

Kansas joins dozens of other states that have wrestled with the problem of illegal voting which now seems even more imperative than ever as a Democrat Congress has voted to allow non-citizens voting rights.

House Democrats voted March 8 to defend local governments that allow illegal immigrants to vote in their elections. The move was an affront, say observers, to decades of public opinion and Republican efforts to discourage the practice.

“We are prepared to open up the political process and let all of the people come in,” Rep. John Lewis, a Georgia Democrat and hero of the civil rights movement, told colleagues as he led opposition to the GOP measure which served voting for citizens..

The 228-197 vote came as part of a broader debate on Democrats’ major legislative priority this year, HR 1, the “For the People Act,” which tampers with long-established constitutionally upheld requirements for voting, the timing of registrations in relation to elections and rewriting campaign finance laws that favor Democrats and unions.

It is not known how those Democrat efforts will affect the Kansas hearing.

A federal appeals court will hear arguments Monday over the constitutionality of a Kansas statute that had required people to provide documents proving their U.S. citizenship before they could register to vote. The measure was stalled by the court in a 2016 ruling.

The case brings national attention to illegal voting. The measure was a cornerstone of the administration of former Kansas Secretary of State Kris Kobach.

The legal fight has drawn public support for Republican effort as well as media skepticism which often echoed Democrat talking points against GOP efforts to strengthen the integrity of the nation’s voter rolls. Illegal voting, say Republicans, is a greater threat than the perceived threat of Russian trolls placing ads on Facebook in an attempt to influence the 2016 election. Critics contend such efforts amount to voter suppression that target Democratic-leaning minorities and college students who may not have such documentation. Critics do not explain, however, how those college students can actually attend school without being issued I.D. or minorities who it has been show have identification that often compares to the same rate as poor whites who overwhelmingly voted for Trump in the 2016 election.

Current Kansas Attorney General Derek Schmidt stated that the statute under scrutiny by the court was enacted by large bipartisan majorities in the Legislature.

“The Legislature is free to repeal the statute if it is no longer favored, but as long as the law requiring documentary proof of citizenship to register to vote remains on the books, we think it, like other duly enacted state laws, deserves a full and vigorous legal defense,” Schmidt said.

Kansas argued in court filings that it has a compelling interest in preventing voter fraud. It contended its proof-of-citizenship requirement is not a significant burden and protects the integrity of elections and the accuracy of voter rolls.

Currently, 35 states have laws protecting the voting rights of American citizens by requiring some form of identification at the polls to prevent non-citizens from voting.

Previous: Missouri lawmaker proposes bill that would require every state resident to own an AR-15
Next: Unsealed testimony shows McCain at center of ‘Spygate’ scandal