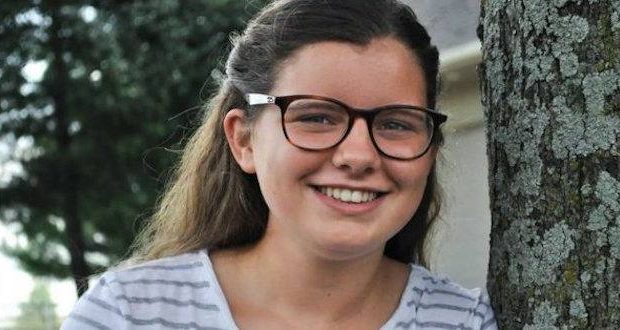 The memory of a Kansas teen who was killed in a horrible church van crash last year continues to live on as a result of her unshakeable trust in Christ and love of the Bible. Hannah Foy, 14, was killed August 10 in Bolivar, Missouri, when the van she was traveling in experienced a tire blow out and veered off the road. Two other teens were killed after the vehicle flipped over and hit a tree.

One day before her death, Hannah,  a faith-filled young woman, had excitedly explained to her mom that she had finished reading her entire Bible.

“She turned to me and she said, ‘Guess what, mom?’” Jennifer Foy told WDAF-TV. “She had this excitement in her eye, and I said, ‘What?’ and she said, ‘Mom, I finished the Bible.’ That was really exciting because she’d finished a week early, and in that moment I was just so proud of her, and then I told her when she got back we would celebrate.” 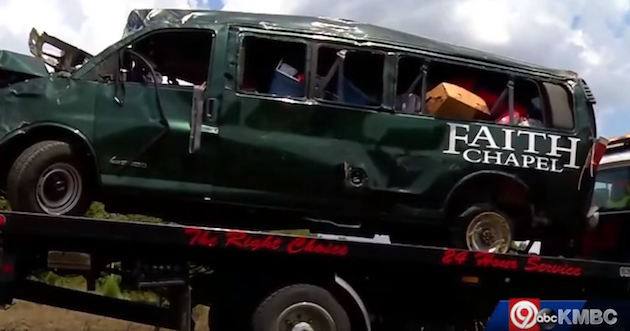 Just 24 hours later, Jennifer received a text that is the greatest fear of almost all parents — her daughter was dead.

“How could it be?” Foy said. “How could it be that I saw her the day before and now she wasn’t there? And now I’ll never get to see her again. I was crying out to God.”

But despite the abject devastation of losing her precious daughter, Jennifer has decided to use Hannah’s legacy and love of God’s Word for good. She recalls Hannah’s wonderful enthusiasm and excitement at finishing her year-long Bible plan a week early, so she decided to use her daughter’s funeral to issue a challenge to her friends – can they read the entire Bible in the space of one year?

Jennifer explained that Hannah had previously declared that the twelve months prior to her death were the best of her life.

“I believe part of that was because she was reading the Bible,” Foy said. “I think that that transforms our hearts and our minds, and her having that daily read — I think that puts our hearts in a good perspective in living our lives.”

Now, Hannah’s “Best Year Ever Challenge,” has really started to take off.

Jennifer said that the success of the challenge has given her a “lot of joy.”

It is wonderful, she said, to “know that through Hannah’s death something good is coming from it,” she said. “I think that she would love nothing more than to know that so many people are in God’s word every day.”

Previous: Wednesday could see -35 wind chills across region
Next: School principal’s decision to keep teacher out of church overruled