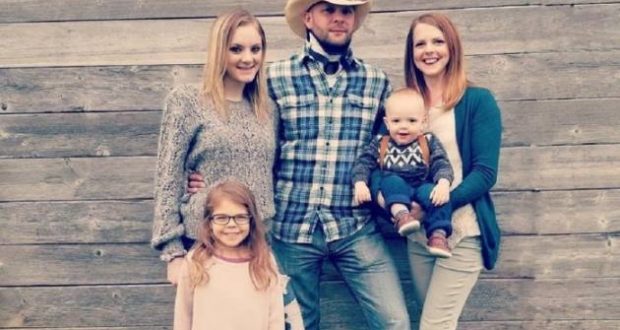 Tim Abbott and his wife Rachel with their family

Five months after he was left partially blind and seriously injured while on a church trip last summer, a Christian man and his family from Kansas were devastated again when his wife suffered a brain aneurysm and died.

The man, Tim Abbott, was one of two chaperones traveling in a van from Faith Chapel Assembly of God with 11 children from the church’s youth group when tragedy struck in Bolivar, Missouri.

The van blew a tire while heading southbound on the Missouri 13, swerved off the highway, overturned and struck a tree about 5 miles north of Bolivar. Three teenagers from the youth group were killed and 10 others in the traveling party including Abbott were injured.

The three teenagers killed — David Martin, 16, of Olathe; Hannah Foy, 14, of Louisburg, and Samara Bayse 17, of Stillwell — were all ejected from the van and died on the spot, authorities said.

Abbott, according to Fox4KC, suffered traumatic brain injury, broke his neck, ribs and wrist. He also tore his rotator cuff, bicep tendon, rear delt as well as his left retina, which has left him partially blind.

He was still recovering on Dec. 30 when his wife of 12 years, Rachel, who had been caring for him and their three children since the accident, died suddenly.

Abbott, who is still unable to work or drive, told Fox4KC that Rachel started experiencing what his family thought was sinus pain in 2016. On Dec. 30 she began experiencing similar pain but in just a matter of hours she went into paralysis and died, leaving him grappling with questions.

“Why her and not me?” he asked. “I had an accident just five months ago. Why couldn’t you spare the teens and take me instead?”

He reasoned, however, that perhaps the reason he did not die in August was because God didn’t want his children to be orphans.

Despite the tragic nature of his accident, Abbott believes the time he was able to spend with his wife as he recovered from his injuries was a blessing.

“We got to spend a lot of time together, so it was a blessing in disguise,” he said.