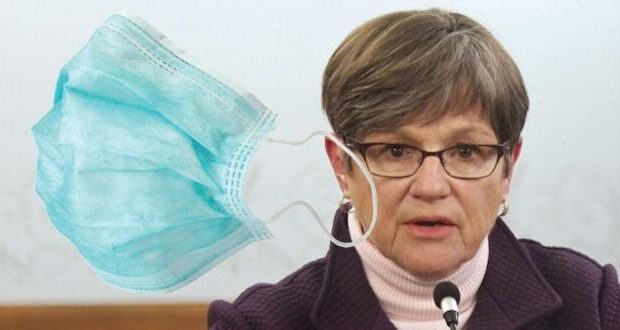 Lawmakers in Kansas have voted to end a short-lived statewide coronavirus mask mandate extension put in place by Gov. Laura Kelly. She extended the order last week but a new law allows legislators to repeal the governor’s executive orders.

Kelly, a Democrat, had prolonged the mandate through May 28, beyond what many believed was scientifically reasonable after more stories of their ineffectiveness were reported. The Legislative Coordinating Council voted 5-2 along party lines to cancel it soon after saying they were following the science.

The governor’s mandate has been used to criticize her leadership because it was an on and off-again order that many said was not based on data-driven evidence concerning covid rates.

Counties in Kansas could opt out of the statewide mandate and a new law that rewrote the state’s emergency powers law gives the Legislative Coordinating Council the power to repeal Kelly’s executive orders. The governor signed the bill into law last month.

Many counties in Kansas have already rescinded or opted out of mask mandates.

In a joint statement, Finch and Kansas House Speaker Ron Ryckman, a Republican, said health mandates should be “short-term, data-driven and reserved only for pressing emergency situations.” They were referring to mandates which govern sparsley populated counties in western Kansas and the states most populated county in the same way.

“They should not be used to dictate Kansans’ daily lives year after year,” the statement said according to KSAL-TV in Salina, Kansas.

Kelly said in a statement she was “disappointed” that Republican leaders are “more motivated by political publicity stunts than working together to protect Kansans and our economy.”

She said she understands people want to get back to normal, but stressed the importance of wearing masks to “help protect ourselves, our loved ones, and our neighbors from the new COVID-19 strains that are wreaking havoc in other states.”

Kelly’s popularity across Kansas has plummeted since the early days of the pandemic according to a Nov. 2020 report, “The State of the Nation: A 50-State COVID-19 Survey.” The joint survey from Northeastern University, Harvard University, Rutgers University, and Northwestern University rated governors across the nation.

In addition to the mask mandate, here are the mandates Kelly extended:

The Governor issued the following orders, which will generally remain in effect until rescinded or until the statewide state of disaster emergency expires, whichever is earlier: