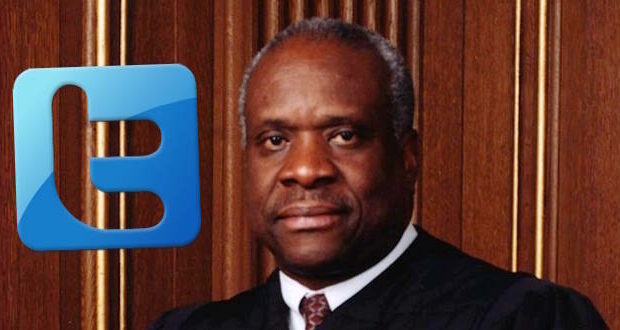 The Supreme Court handed Donald Trump a victory on Monday, saying he was free to block whomever he chooses on Twitter. While the decision may have little impact on Trump who is still banned, it is the opinion by Justice Clarence Thomas that is shaking Big Tech.

The nation’s highest court overturned a ruling from the 2nd U.S. Circuit Court of Appeals that sided with people who sued President Trump, when he was president, for blocking their accounts on Twitter. The appeals court had ruled that, as a public official, his account must interact with the public.

In his opinion, Justice Thomas said the earlier rulings contradict Twitter’s total control over the company, including its decision to ban Trump earlier this year. Twitter has refused to reinstate Trump’s account even though he is no longer in the White House.

The opinion issued by Justice Thomas is being hailed by free speech advocates critical of Big Tech censorship.

Thomas warned Big Tech that legislatures or the Supreme Court may soon have to step in and stop social media platforms for denying free speech rights — saying places like Facebook and Twitter are silencing people “at any time for any or no reason.”

“If part of the problem is private, concentrated control over online content and platforms available to the public, then part of the solution may be found in doctrines that limit the right of a private company to exclude, ” Thomas wrote in a 12-page concurring opinion.

“It seems rather odd to say that something is a government forum when a private company has unrestricted authority to do away with it,” Justice Thomas wrote. “The disparity between Twitter’s control and Mr. Trump‘s control is stark, to say the least. Mr. Trump blocked several people from interacting with his messages. Twitter barred Mr. Trump not only from interacting with a few users, but removed him from the entire platform.”

Attention continues to build for court or legislative intervention on the power that Twitter and other Big Tech companies hold. Facebook, received worldwide condemnation during the winter when it removed all the news from every Australian news outlet. The company was in a fight with the Australian legislature which was working on a plan to make Facebook pay for the news it shares from news outlets.

After a week of haggling, the ability of Australian news outlets to post stories was restored.