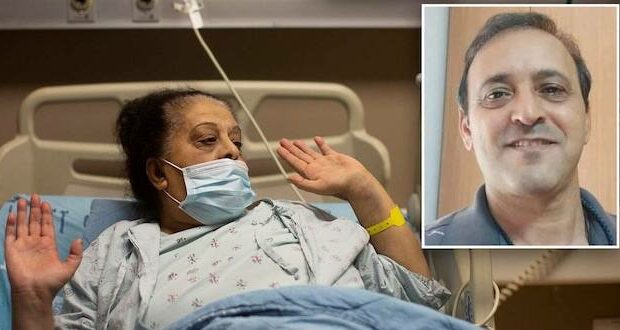 The old saying that we all bleed the same blood was never more true than this week in Israel. A Jewish man killed by a Palestinian mob has given life to an Arab woman through his organ donation.

Yigal Yehoshua, 56, died May 17 after being lynched at the hands of Palestinian protesters in the city of Lod, Israel. The Jewish father-of-two managed to drive away from the attackers before collapsing on his driveway and being rushed to a hospital in critical condition. The incident was shocking for a town that, until now, included Israeli Arabs and Jews who lived peaceably as neighbors. 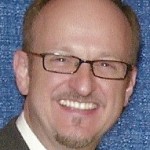 But then the protests on the Temple Mount began and spread. The normally peaceful city erupted in violence, some say because of hateful and false social media posts, during the 11-day war between Israel and the terrorist group Hamas which rules Gaza. A synagogue, the city hall and other civic structures, a school and scores of Jewish-owned businesses were destroyed.

The City, where Peter healed the paralytic in Acts 9:32, is one of several mixed Israeli communities where groups of young Arabs and Jews fought each other in the streets, torched cars and businesses, and sought revenge for other incidents against their own people.

Yehoshua was one of the casualties. A registered organ donor, his death ended up giving life to many on waiting lists for needed organs, including an Arab-Palestinian woman.

The recipient, 58-year-old Randa Aweis, is thankful and now counts the Jewish family as part of her own.

“I could not believe it,” she said in an interview Monday at the Hadassah Medical Center in Jerusalem. “I’m telling you, I couldn’t believe it.”

“They saved me,” she said weeping. “People say he was a good man, that he didn’t do any harm, so why was he murdered? … That’s forbidden. There must be peace between Jews and Arabs, real peace.”

‘I hurt for the family. I feel that I am taking a kidney of a person who is like family to me,” She continued. “Now I have a family, a different family, a Jewish family.’

She told The Times of Israel, ‘We are so grateful to the Yehoshua family. We feel, all at once, joy over mom’s transplant, and pain at their tragedy that brought it about.

‘There is no such thing as Arabs and Jews. Rather, we’re just people, and we need to live together.’

Lod, Israel has retained its name since biblical times.

Her words were echoed across Israel after 4,500 Hamas rockets rained down on the country, prompting a military response to stop the barrage.

Israelis long accustomed to periodic unrest in Gaza or Judea and Samaria, known in media as the “West Bank,” were shocked by the violence that seemed to threaten the peace that Israeli Jews, Arabs and Christians had enjoyed in society. For many, it hit closer to home than any of the violent episodes since the 2000 Palestinian intifada, or uprising. During the two years of the “intifada” over 2,400 Jewish citizens were killed by dozens of suicide bombings including in cafes, public busses, stores and bus stops. Israel eventually built a security wall or fence around the Palestinian-controlled areas to stem the tide of terrorists crossing into Israel. Terror attacks went down 98%.

Israel’s Arab citizens, who make up 20% of the population, are Israeli citizens and enjoy all the benefits of the only democracy in the entire Middle East. While surveys show most Israeli Arabs appreciate the life they live, some say they face discrimination. For their part, Israel has attempted to incorporate Arab citizens in every aspect of daily life including placing them on the country’s Supreme Court, in the Israeli legislature, and in key media posts, including leading popular television shows.

But with regular stabbings of Jews in public at the hands of Arab militants, many Israeli’s are fearful and wonder if they’ll be the next. They also decry the instances of Arabs being attacked by radicalized Jews, as in last week’s episodes.

For both sides, violence makes life more difficult and threatens the very fabric of the delicate society they have built over 70 years.

An Arab reporter last week told Metro Voice that was the saddest part of the latest violence with Hamas – that it spread to the streets of Israeli cities and towns.

Police have arrested several suspects in connection with the violence in Lod and other cities. Authorities say they will hold both Israeli Jews and Muslims accountable for their actions.

If there’s one example of how both sides bleed the same blood, the death of Yehoshua and his life-saving organ donation prove it.

Aweis never met Yehoshua but she spoke to his widow on a tearful video call. She hopes to visit his family in person once she has recovered from the transplant.

“Yigal saved me, and as much as I say thank you to the family, to everyone, it’s not enough.”

Yehoshua’s other kidney has been donated to a 67-year-old man and his liver has been given to a 22-year-old.

On May 18, hundreds of mourners flooded onto the streets to pay tribute to Yehoshua as he was laid to rest in a cemetery in his family’s community of Moshav Hadid.

Like the Yehoshua family, an Arab family who lost their oldest son in violence, donated his organs as well, saying they hoped they would save lives – Arab or Jewish.

Previous: Israel’s first tour group after Covid arrives from Missouri
Next: Rudy from The Cosby Show stars in ‘My Brother’s Keeper’