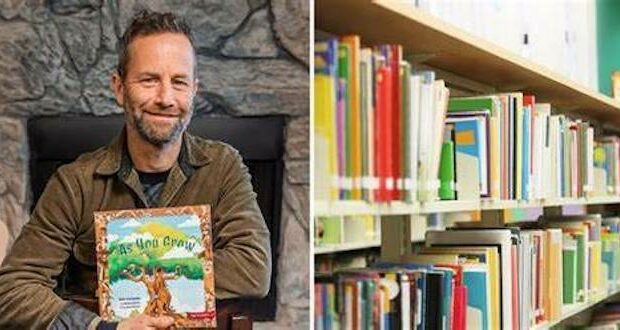 Actor and author Kirk Cameron says that he will travel to a string of public libraries to take his messages of faith, freedom, family and love of country to millions of Americans in major cities — people who are “crying out,” he said, “for someone to push back” against today’s woke culture.

He plans to visited some of the public libraries that either denied his earlier requests to hold story hours at their facilities or never responded to his book  publisher’s requests to hold book-based events there. Cameron’s new book, “As You Grow,” is an illustrated children’s book that shares the story of an oak tree throughout its seasons of life.  The story encourages children to develop and share the virtues of patience, joy, kindness, compassion, self-control and other biblical values.

“So now I’m going to Los Angeles, San Francisco, Portland, Seattle, Denver, Chicago, Detroit, Atlanta” and other cities, Cameron said, “where people are crying out for someone to push back and stand up and bring the kinds of values that made this country free and led to its blessings.When those 50 woke libraries initially denied us the ability to come and do a story hour and said that their communities weren’t interested in this kind of messaging, I didn’t believe them.”

Cameron said his tour of public libraries likely will take several months and that his family, including his parents and his sister, actress Candace Cameron Bure, stand behind him in his efforts to share a belief in traditional values across the country.

“We’re jumping on this right away, because people are saying they want to be part of something that is letting others know,” he said. ‘We don’t want this woke garbage. We want the right kinds of values that lead to our children, our families and our communities flourishing.”

Trent Talbot, CEO of Brave Books in Houston, said, “Kirk Cameron and Brave Books are fighting to ensure that America will have a generation that is grounded in truth and strong morals, so that they are prepared for the fight that is ahead of them.”

Previous: Court dismisses LGBT lawsuit against Christian colleges over
Next: Mel Gibson’s “The Passion of the Christ” sequel to begin filming