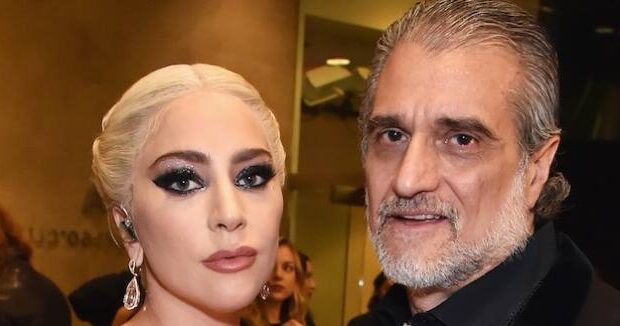 Gaga with her father Joe Germanotta.

New York’s covid restaurant laws are a “monster,” according the father of Lady Gaga. After thousands of New York restaurants have permanently closed, many of those that remain have joined in a lawsuit, including one co-owned by the ultra-liberal singer and her dad.

The  $2 billion class-action lawsuit aims to bring indoor dining back to New York City and has so far garnered 456 plaintifs. The suit wants indoor dining, according to the attorney representing the restaurant owners.

Gaga and her father own Joanne Trattoria on the Upper West Side.

“When it rains we gotta close,” said Joe Germanotta. “Once it starts getting cold. The place will be empty.” Germanotta says he’s got the financial backing to keep his restaurant afloat but joined the lawsuit after seeing others having to close.

“It’s so sad, because I’m watching some of my dear friends that own places, shut down,” said Germanotta.

The almost total lockdown of the city, combines with recent rioting in many areas, has virtually destroyed the retail and restaurant industry there. In addition, Broadway has closed and may not reopen until sometime next year. Economists estimate that the city has lost over $350 billion in economic activity and upwards of 500,000 people have fled the city, many permanently. It is the largest mass migration of people from any city since Hurricane Katrina devastated New Orleans after which 255,000 people left that city.

Restaurant owners say the restaurant closures and regulations are arbitrary and not based on science.

“Not one public health official from the city has entered any of these restaurants to deem them dangerous,” said attorney James Mermigis, who represents the restaurant owners.

“On this side of the border, in the Borough of Queens and throughout the five boroughs, what does the mayor and the governor say? ‘You eat in the street.’,” said Eric Ulrich, Republican New York City Councilman.

“Tell us why, right now, I can go have a meal anywhere outside the City of New York indoors at limited capacity, but I can’t do it here in the city, the five boroughs,” Brannan said.

“We are going to contact the speaker today, and say look, ‘If New York City can say this many police, NYPD, can be put on a task force to monitor the compliance, that’s something that we can discuss.'”

“I want to see how we can help them, but it has to be health and safety first,” de Blasio said.

Germanotta is urging lawmakers to get it together.

“Something has to be done. They’re not listening, they’re not hearing, they’re just not being realistic,” he said. “They gotta put themselves in our shoes — they’re still getting a paycheck, these people are suffering.”

Data shows that even with the harsh restrictions, New York infection rates remain near that of cities and states with few or no restriction.

The situation in New York City and the rest of the state portends a shift in support for the 2020 presidential election. So unpopular are NYC mayor de Blasio, Cuomo and the Democrat-controlled city council, internal polls show there is a possibility Donald Trump could win his home state. A long-shot say many but reflective of the anger of Democrats toward their own leaders and their coronavirus response.