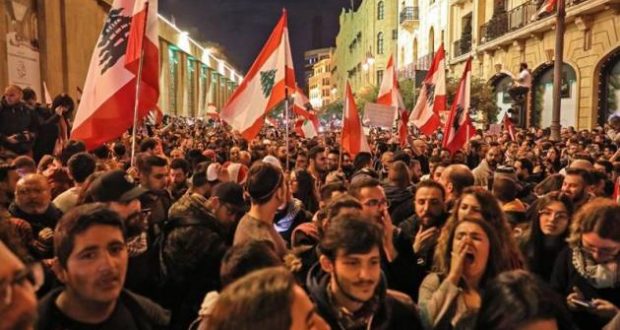 Lebanese citizens continue to protest in the street against a government that they say cannot run the nation.

Reports from the Red Cross and pro-democracy factions say that over 1,000 protesters have been injured injured in the last week. Most of the injuries are from rubber bullets and, according to an Associated Press reporter, injuries were particularly severe to the faces of protesters.

Lebanon, which is ruled by power-sharing agreements between numerous factions, has a hugely unpopular coalition government with widespread mismanagement and corruption at every level. Lebanese citizens, among other issues, are furious that the government cannot maintain basic services such as trash pick-up while leaders live steal money from the treasury in a country that has accumulated one of the largest debt ratios in the world.

Security forces fired tear gas, water cannons and rubber bullets in clashes Sunday with hundreds of anti-government protesters outside Lebanon’s Parliament, as violence continued to escalate in a week of rioting.

The demonstrations began on Oct. 17. At one point, the scuffles reached the headquarters of one of the main Lebanese political parties, the Kataeb, where many protesters were taking cover. The head of the party, Samy Gemayel, appeared on local TV stations as he tried to separate the protesters from advancing security forces.

Lebanon continues to face one of its worst economic crises in decades, and the protesters accuse the ruling political class in place for three decades of mismanagement and corruption. Making matters worse is Iran’s destabilizing influence in the country through its proxy – Hezbollah – which continues to threaten Israel with its 150,000-strong missile arsenal.
This week the president is scheduled to hold talks with different parliamentary blocs to name a new prime minister after former Prime Minister Saad Hariri resigned Oct. 29. His resignation, just two weeks after the nationwide protests began, threw the country deeper into unrest as political groups have been unable to agree on a new candidate while protesters have been calling for a government unaffiliated with established political parties.
The protests have united a country that has suffered horrendous civil wars over the last 40 years and wars with Israel that cost the country greatly.  The protesters also shouted, “the people want to bring down the regime” and accused government forces of excessive force.
–Dwight Widaman | Metro Voice
anti- corruption democracy government hezbollah lebanon protests 2020-01-20
Dwight Widaman

Previous: Kansas City Chiefs CEO Clark Hunt after winning AFC Championship: ‘I want to thank the Lord’
Next: Here’s the video recap of the Chiefs vs the Titans