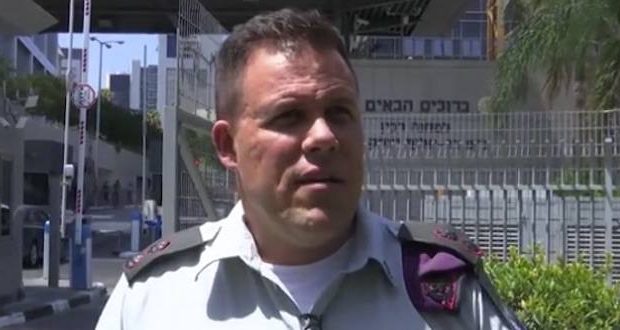 A Lebanese state news agency is reporting that Israel carried out three raids on Sunday night that targeted a Palestinian terrorist organization based in Lebanon.

NNA also reported that an Israeli “unmanned spy drone” had violated Lebanese airspace at dawn over Shebaa Farms, in the area of the Israeli-Lebanese border, and flew over several towns.

READ: Israel targetd for aid cuts by US Muslim Congresswmen

The three reported raids on PFLP outposts were said to have been carried out just minutes apart from one another. The PFLP-General Command is said to be backed by Syria and the terror group’s bases are located near the Syrian-Lebanese border.

Israel has not officially reacted to the reports.

Giving credence to reports of the attack was the response by the PFLP itself later on Sunday. It stated, “The Israeli attack on military focal points in the city of Qusaya is part of a circle of Zionist aggression against the axis of resistance. It’s our right to respond with full force to this criminal aggression.”

Lebanese media quoted security sources saying there were no injuries in the attack, but other Arab media reports gave conflicting numbers of casualties, reported the Israel Hayom newspaper.

“An official from the Lebanese town of Qusaya… said [the] three airstrikes” caused “only material damage,” reported the Israeli news outlet.

“The strike comes amid heightened regional tensions and a day after one alleged Israeli drone crashed in a Hezbollah stronghold in southern Beirut while another exploded and crashed nearby,” reported Gulf News.

“On Sunday, Hezbollah leader Hassan Nasrallah even warned from his Beirut bunker that the Shi’ite group would respond against Israel,” wrote the Breitbart news agency.

“Airstrikes by Israel against Palestinian factions in Lebanon, such as this one, have been rare in the past years,” noted The Associated Press.

The Popular Front for the Liberation of Palestine is the second largest of the groups forming the Palestine Liberation Organization, the largest being Fatah. It became known for a number of terrorist attacks in the late 1960s and early 1970s and for pioneering aircraft hijackings.

It went largely underground in the 1980s and 1990s but reemerged during Syria’s Civil War and has been strengthened by Iran for taking a pro-Assad stance.