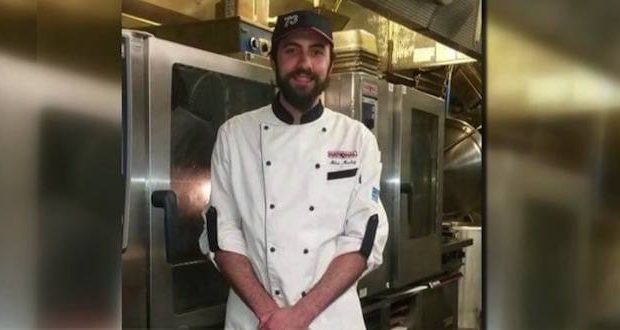 Alexander Marley was an executive chef when he was murdered by someone seeking his help at a Walmart.

His bill declares that it’s the duty of the courts and law enforcement agencies to protect the rights of law-abiding citizens to keep and bear arms. Burlison emphasized that his bill does not try to prevent the federal government from enforcing federal gun laws in Missouri. No one testified against the bill at this week’s hearing, although written testimony was submitted against it. Although some who testified for the bill share Burlison’s concern about the Biden Administration, others are more concerned about their own personal protection.

Chuck Marley of High Ridge testified in favor of the bill, saying his son was shot to death in September 2018 while giving a ride to a man. Alexander Marley was an executive chef less than a mile from where he was murdered after acting as a good Samaritan. Marley urged senators to help law-abiding citizens to protect themselves.

“Alex’s killer was a felon on parole from federal prison,” he said. “He should never have had a gun. It was illegal for him to have a gun but guess what, he had a gun. No amount of laws is going to keep criminals from having a gun.”

The bill declares as invalid all federal laws that infringe on the right to bear arms under the Second Amendment. The sheriff of northeast Missouri’s Lewis County, David Parrish, has concerns with some of the bill’s language. He testified for informational purposes only, emphasizing the importance of protecting the rights of law-abiding citizens.

Former Democratic Rep. Chris Kelly of Columbia contends the bill is “unconstitutional on its face.” But Burlison says all Missouri gun laws would remain in effect, under his bill. He sponsored a similar bill in 2013, which was vetoed by then-Gov. Jay Nixon, a Democrat. An override attempt failed by one vote.

William Eigel, chairman of the Senate General Laws Committee, indicated the committee will vote on the bill at its next hearing.