Home / Entertainment / ‘Lifemark’ is boring and unrealistic, even for Christian film standards 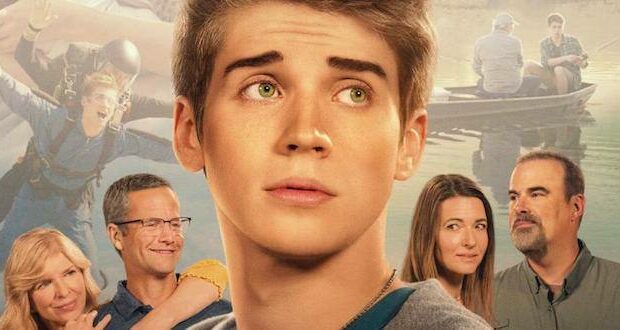 Kirk Cameron‘s adoption movie “Lifemark” has been extended for an extra week after originally being scheduled to close in theaters Sept. 15. The move comes after it was the #4 movie in the nation last week. But regardless of how well it is doing with a massive marketing campaign, this reviewer says it’s, well, boring.

The pro-adoption movie “Lifemark” tries to double down on its wholesomeness by stripping the story of any conflict or drama, but all it does is make it boring and dishonest.

Based on a true story shown in a documentary short called “I Lived On Parker Avenue”, “Lifemark” tells a story about a young man named David who goes to meet his biological mom and finds out his mother almost aborted him before giving him up for adoption. “Lifemark” is the latest film produced by the Kendrick Brothers, directed by previous collaborator Kevin Peeples.

The Kendrick Brothers practically invented the modern day Christian film industry with early successes like “Facing The Giants” and “Fireproof”, so opinions about the faith-based film genre are typically de-facto opinions about the Kendrick Brothers. Fans praise their work for relatable and positive representations of Christians and the values they uphold. Critics trash the preachy messages and dialogue (my personal biggest beef), bad acting, corny jokes that don’t land, straw-man representations of atheists and a dishonest worldview that ignores all ugliness and teaches that God quickly solves all problems through prayer.

There are great stories about how God protects Christians in the worst of circumstances and redeems the most ugly lives. But because the audience wants comfort, they don’t want to see the bad or the ugly at all. The result is a story where God rescues people from things that aren’t really so bad — which doesn’t glorify God at all.

Despite this audience tension, many Kendrick Brothers films attempt to authentically portray the experiences of Christians.

The husband in “Fireproof” is certainly not a role model man or husband until he puts effort into reviving his marriage. I know husbands who repaired their own marriages with the “Love Dare” book from that film. A child dies in “Courageous” and isn’t raised from the dead, leaving the characters to wrestle with grief.

It would also go against Christian belief to say that miracles don’t exist or that prayer isn’t effective. So when people are seemingly miraculously changed by God and prayer, like they are in “War Room”, that isn’t a wholly inaccurate portrait of Christianity either.

The messages of these movies have a more mixed honesty rather than full dishonesty.

But with this movie? Dishonest is a pretty good description.

There are things to like about “Lifemark”. The movie isn’t judgmental, and it demonstrates the beauty of life by depicting a positive story about adoption; it’s wholesome and heartwarming in principle. It’s certainly a fitting narrative for the year Roe V. Wade was overturned.

It’s impossible to not be touched by the idea of an unwed mother who chose life rather than abortion, preserving a life and answering the prayer of the couple who adopted the baby. It’s equally impossible not to root for both sets of families — at least the real-life ones — as the son takes a road trip to see his birth mother for the first time. The film is well shot and well made, proving Peeples has what it takes to make a good film if it has the right script.

“Lifemark” also continues the tradition of pro-life movies like “Unplanned” and “October Baby” that have a love and empathy for all people who suffer in the case of an unplanned pregnancy. In “Lifemark”, David, the unwed mother, the adoptive parents and even the biological father are all shown as deserving of love and redemption.

The movie fails by trying to tell the story without any conflict whatsoever. In fact, every single scene would begin with a potential conflict that was immediately resolved.

David is in the hospital and learns he can never wrestle again. Does he grieve this loss? Maybe resent God, or his parents? Nope. His father assures him that God has a plan for this and the issue is never brought up again.

The adopted parents and grandparents bring up their worry that David will replace them with his biological mom. He instantly tells them that won’t happen, and they instantly believe him.

In a flashback, his biological mom tells his biological dad she’s not getting an abortion. He protests very briefly and then supports her 100% a moment later. When she tells David in the present day that she almost aborted him, he’s instantly okay with it. This goes on and on and on.

The result is a collection of scenes that come and go without making any emotional impact, like watching a computer monitor cycle through screensavers. It felt like there was a different story here, but someone’s grandma rewrote all the moments that weren’t “nice” to make them more palatable.

Kendrick Brothers movies have had conflict before. The part of their films before that was trying to be honest — however imperfectly and badly written — is completely gone.

Some will think that this movie sounds as torturous to watch as I felt it was and be just as baffled by this narrative decision. After all, it’s writing 101 that a story can’t exist without conflict.

Others will say, “That sounds kind of nice. After all, conflict is unpleasant. There’s enough stories where people are mean and families are dysfunctional. It might be nice to have one where the family is wholesome and everyone is nice to each other.”

The problem with a story with no conflict is that it’s dishonest. Conflict is a fundamental part of life, so it’s false to tell a story without it. Dishonest stories won’t resonate — and they shouldn’t.

“Lifemark” portrays a healthy and wholesome family as one that never fights, where the teenage son never struggles with deep anger against God when bad things happen, where the parents are flawless and unquestionably wise and where trite Christianisms resolve all internal anguish.

That’s not a healthy family. That’s a family that doesn’t exist anywhere, Christian or not.

Healthy families have conflict, but it is thoroughly resolved through intimacy and trust. Families with no conflict have anger bubbling under the surface that is never addressed and ends up killing their relationships

Christian families who have their hearts set on having a perfect family like the one in “Lifemark” will only build weak relationships and remain blind to their sins.

It’s fascinating to recall “October Baby” in this context because it has a very similar plot: An adopted person goes on a road trip to meet her birth mother who she learns tried to abort her. In both films, the child forgives their mother at the end. But “October Baby” lets the protagonist grow through conflict. She gets mad at her parents and struggles to forgive. Ultimately, that makes it a more heartwarming and powerful movie.

There’s nothing wrong with comfort movies, but that doesn’t mean they shouldn’t have conflict. The reason comforting movies work is not because there’s no conflict but because the conflict is overcome authentically.

This is the Christian way to be peaceful in conflict. Jesus frequently told his followers that he didn’t come to bring peace through an absence of conflict, but by making people feel peaceful in the midst of conflict.

I am a pro-life and pro-adoption Christian. I want to see movies that show how beautiful and heroic choosing life is. I even hope that someone who’s skeptical of these values would watch a movie like “Lifemark” and have their heart turned. But anyone who doesn’t already share my beliefs will know that the picture this movie paints of life is a lie; they will conclude that Christian faith and its pro-life and pro-adoption values are lies too.

Honestly, I don’t blame them.

Joseph Holmes is an award-nominated filmmaker and culture critic living in New York City. He is co-host of the podcast “The Overthinkers” and its companion website theoverthinkersjournal.com, where he discusses art, culture and faith with his fellow overthinkers.

Republished with permission from ReligionUnplugged.com

Previous: 3 reasons why mandating Kindergarten is harmful
Next: The private and public faith of Queen Elizabeth II 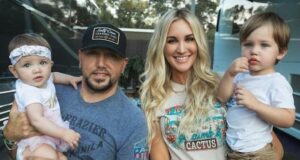