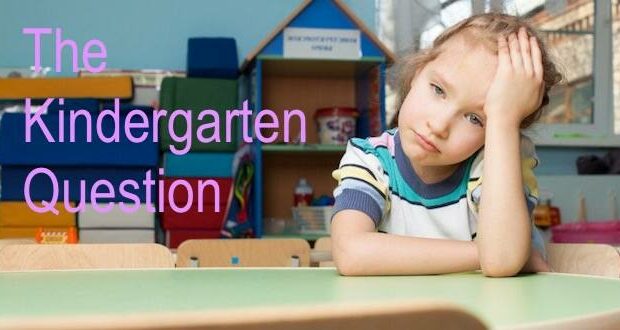 Kindergarten may be valuable for some children, but it shouldn’t be compulsory – and the studies prove it.

This back-to-school season, many parents are eager to drop-off their kindergarteners to begin the 13-year journey toward high school graduation. It can be a joyful time, full of anticipation and excitement. But just because something may be desirable for many families doesn’t mean it should be mandatory for all.

California is the latest state to try to mandate kindergarten for all students, angling to become the 20th to do so. The California legislature recently passed a bill for compulsory kindergarten attendance that is now awaiting Governor Gavin Newsom’s signature.

Kindergarten may be valuable for some children, but here are three big reasons why it shouldn’t be compulsory:

For some children, especially those who are among the youngest in their grade, kindergarten enrollment can lead to higher rates of ADHD diagnosis and treatment. Researchers at Harvard Medical School published a 2018 study in the New England Journal of Medicine finding that in states with a September 1st kindergarten age cut-off date, those children who were born in August and had just turned five-years-old were 30 percent more likely to be diagnosed with ADHD than their older peers in the same grade.

This shouldn’t be particularly surprising to those of us who are parents. We observe first-hand the big difference in attentiveness between a newly-minted five-year-old and a child who is about to turn six. One year matters a lot in early childhood development.

Moreover, the Harvard researchers found that boys were more likely than girls to be diagnosed with ADHD, and many were treated with potent psychotropic medications.

As Timothy Laton, the study’s lead researcher at Harvard, stated: “Our findings suggest the possibility that large numbers of kids are being overdiagnosed and overtreated for ADHD because they happen to be relatively immature compared to their older classmates in the early years of elementary school.”

Parents should be able to have full discretion over whether or not to enroll their child in kindergarten, especially if their child is young or immature for his or her age, rather than it becoming a universal, government-imposed requirement.

Over the past two decades, there has been a broad, bipartisan effort to push academic content to increasingly younger students. Originating with the No Child Left Behind Act (NCLB) under President George W. Bush, and renewed by the Every Student Succeeds Act under President Barack Obama, federal education policy has blended with state and local policy to prioritize academic proficiency and testing accountability at ever-earlier ages. 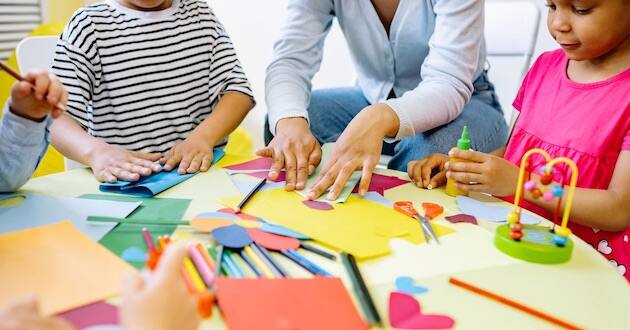 Not surprisingly, teacher expectations of what young children should be able to know and do at certain ages has changed alongside these policies. For example, in 1998, three years before the passage of NCLB, only 31 percent of teachers expected children to learn to read in kindergarten. In 2010, 80 percent of teachers expected this. Children today are supposed to read in kindergarten. If they don’t, they are more likely to be labeled with a reading delay or some similar diagnosis, when they may just not be ready to read. It’s the standards that have changed—not the students.

As I detail in my Unschooled book, learning to read happens on a developmental bell curve, just like all other childhood developmental milestones. Some children will be “early” readers, others will be “late” readers, and most will hover somewhere in the middle, often around age seven or eight.

According to UK researchers Alan Thomas and Harriet Pattison who study homeschooled children and others who learn to read outside of institutionalized schooling settings, reading is a skill acquired on a variable timetable. They conclude: “Our research has found much to question in both the views that children should learn to read by a certain age and that in order to do so they need to be taken through a structured and staged learning programme. On the contrary, we have found that many children learn to read aged eight or older (sometimes much older) without experiencing any adverse effect.”

Again, the issue is the standard, not the student. Most students who attend a conventional district school are required to read by a certain grade because the curriculum and expectations reflect that arbitrary benchmark, whether the child is ready to read or not.

Certain educational philosophies and approaches recognize the wide variability of reading acquisition and don’t force children to read before they are ready. In Waldorf education, for example, reading and other academic topics are typically not taught in kindergarten, and “there are no rigid, time-specific goals for reading or any other subject towards which a class will be driven.”

In Free at Last, Daniel Greenberg writes about the self-directed Sudbury Valley School that he co-founded in 1968 and that has inspired the growth of dozens of Sudbury-style schools around the world. Greenberg explained that they never had a case of dyslexia at the school. He says: “The fact is, we have never seen it at the school. It just might be because we have never made anyone learn how to read.” Despite not forcing kids to read, Sudbury students all eventually learned.

Requiring parents to send their children to kindergarten places students on a conveyor belt of learning that is frequently mismatched with a child’s unique human development. Young children are forced to learn content and academic skills that they may not be ready for, held accountable to an arbitrary, top-down performance benchmark, and increasingly labeled with a learning disorder or delay if they fail to reach that benchmark.

Rather than imposing more mandates on families, parents should have far fewer mandates and much more autonomy and choice over how they raise and educate their children. Expanding compulsory schooling statutes gives the State an even larger role in defining and overseeing education, limiting what parents can do.

Sure, parents can still choose to homeschool their children or place them in a private school for kindergarten; but kindergarten mandates create pathways for more government involvement and regulation of a family’s early education choices. Parents must seek permission from the State for anything other than enrolling their young child in an assigned district school.

As the economist Murray Rothbard wrote in Education: Free and Compulsory, “At the base of totalitarianism and compulsory education is the idea that children belong to the State rather than to their parents.”

Indeed, Horace Mann, the architect of the country’s first compulsory school attendance law in 1852, was transparent in stating that parents were the main obstacle to the State’s goals. “We, then, who are engaged in the sacred cause of education, are entitled to look upon all parents as having given hostages to our cause,” wrote Mann.

We should be moving toward less compulsory schooling, not more. Parents, not the State, should decide when, how, what, and with whom their children should learn. For some parents, that will include kindergarten while for others it won’t. The choice, always, should be theirs to make.

–Kerry McDonald | Foundation for Economic Freedom | She is also the author of Unschooled: Raising Curious, Well-Educated Children Outside the Conventional Classroom (Chicago Review Press, 2019), an adjunct scholar at the Cato Institute, education policy fellow at State Policy Network, and a regular Forbes contributor. Kerry has a B.A. in economics from Bowdoin College and an M.Ed. in education policy from Harvard University. She lives in Cambridge, Massachusetts with her husband and four children. You can sign up for her weekly email newsletter here.

Previous: From shoeboxes to war zones: how Samaritan’s Purse became a $1 billion humanitarian aid powerhouse
Next: ‘Lifemark’ is boring and unrealistic, even for Christian film standards