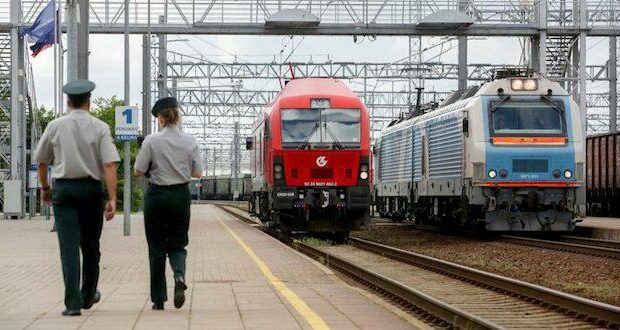 Lithuania has begun a ban on the rail transit of goods subject to European Union sanctions to the Russian far-western exclave of Kaliningrad, transport authorities in the Baltic nation said on June 18.

Anton Alikhanov, the governor of the Russian oblast, said the ban would cover around 50 percent of the items that Kaliningrad imports.

Alikhanov said the region, which has an ice-free port on the Baltic Sea, will call on Russian federal authorities to take tit-for-tat measures against the EU country for imposing the ban. He said he would also seek to have more goods sent by ship to the oblast.

The cargo unit of Lithuania’s state railways service set out details of the ban in a letter to clients following “clarification” from the European Commission on the mechanism for applying the sanctions.

The commission stated that sanctioned goods and cargo should still be prohibited even if they travel from one part of Russia to another but through EU territory.

The European Union, United States, and others around the world have set strict sanctions on Moscow for its unprovoked invasion of Ukraine.

The ministry did not comment on the issue following the state railway confirmation.

Russia’s Baltic Sea exclave of Kaliningrad, sandwiched between Lithuania and Poland, became part of the Soviet Union after World War II. It has a population of about 430,000 people and hosts the headquarters of Russia’s Baltic sea fleet.

Based on reporting by Reuters, TASS, and New Voice Of Ukraine

Previous: Original Juneteenth was a spiritual event and the church can still play a role today
Next: Amy Coney Barrett home target of pro-abortion protests