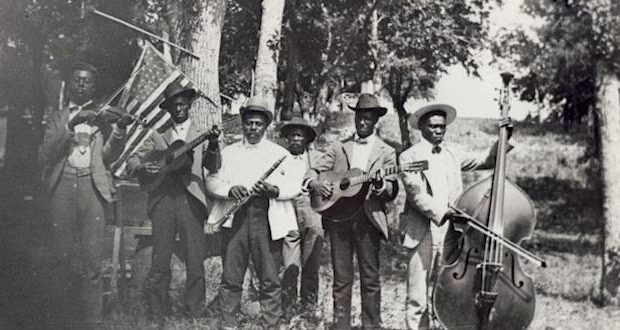 Understanding the significance of the Juneteenth holiday paints a fuller picture of civil rights in the United States, author Jemar Tisby said.

“It represents June 19, 865, when enslaved people in Texas first learned of their emancipation,” he says. “Major Gen. Granger of the Union Army came to Texas and issued General Order #3, in which he said, ‘all l enslaved people of Texas are free.'”

At the time, Texas was the farthest state west and the last to hear of freedom more than two years after President Lincoln’s Emancipation Proclamation. As the news spread, the shock for some 250,000 enslaved Texans quickly turned to celebration.

Juneteenth combines the words ‘June’ and ‘nineteenth,’ but according to Tisby, it originally was referred to as Jubilee Day — a biblical reference the book of Leviticus, which tells the story of how the Israelites celebrated their freedom from slavery in Egypt. Faith formed the foundation of what would become America’s most recent federal holiday.

“It was almost a carnivallike environment, always ministers preaching about the importance of Juneteenth and the importance of freedom,” said Dr. Cassandra Newby-Alexander, professor of history at Norfolk State University. “Because black people, even after emancipation, were often segregated and not allowed to gather in many public spaces, many celebrations of Juneteenth occurred at churches.”

As society, including historians, politicians and religious leaders seek to address unanswered questions about race still lingering today, Tisby believes the church has an opportunity to lead and be an example in the 21st century.

“I think the church can make incredible progress if we understand that racism is both individual and institutional,” he said. “We need to both change hearts and change policies. That’s really the charge for the church around race today.”

As for Juneteenth, it’s not only a day to learn about history and celebrate with food, friends and family; it’s also a day to commemorate, remember and lament.

“We have to embrace the pain, the shame, the anger — all of that collectively in order for us to be a single nation,” Newby-Alexander said. “July Fourth will have more meaning when Juneteenth becomes part of how we tell that story of freedom in America.”

Tisby offers some concrete ways that the church can be a guiding light in the fight for racial justice: First, be aware of injustice. Second, build community relationships with businesses, churches and people different from you. Finally, make a commitment to find solutions to the problems that still overshadow people of color — all based on the biblical mandate to love our neighbors as ourselves.

“But we have every resource in ourselves and the Holy Spirit to look at ourselves and our nation and say, ‘we got it wrong, and some ways still getting it wrong,’” he said. “That’s OK; we don’t have to be defined by our past. As a matter of fact, when we confess it and when are truthful of it, that’s when healing begins.”