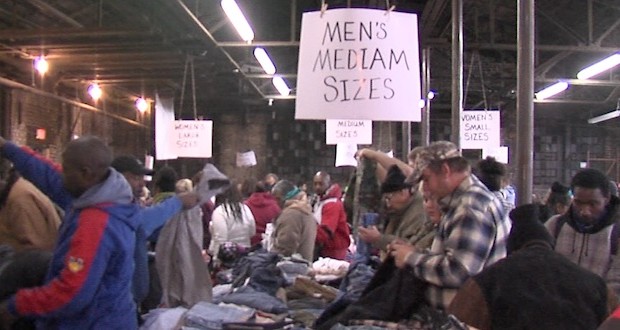 Care of Poor People, Kansas City, meets the needs of many of the area's chronically homeless.

Local agencies that serve the homeless are bracing for a challenging start to the new year.

The $900 billion congressional stimulus bill that President Donald Trump signed into law on Dec. 27 provides enhanced unemployment benefits until March 14 and extends a moratorium on evictions through January 31. When these relief packages end, many Kansas City non-profits expect to see another jump in the number of people who need help staying in their homes.

The problem is exacerbated as Congress is focused on impeachment this week instead of passing legislation to support at-risk communities.

“We saw a 26 percent increase pretty much instantly because of all those people affected by job shortages and furloughs,” Jaysen Van Sickle, CEO of the Hope Faith Homeless Assistance Campus in Kansas City says.

Sean O’Byrne, vice president of the Downtown Council of Kansas City, tried to start a homeless encampment in northeast Kansas City. O’Byrne said homelessness is a top concern of the council, because pandemic-related limits on the library and public spaces have left few places for people to go for restrooms and to get warm.

“After the snow, we found people under tarps under an inch of snow sleeping next to the highway,” he said in December. “I think that’s a call to action, because it’s incumbent upon us to not allow our citizens to commit slow suicide, in the public right of way.” 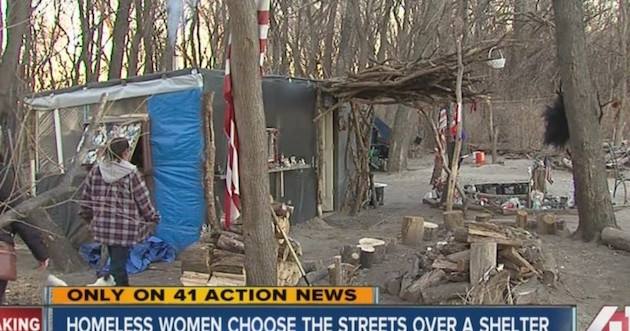 He said nearby residents should have been brought into the conversation before the idea went public. Pushback from the neighborhood eventually caused the idea for his first choice of locations to be dropped, though O’Byrne hopes another spot can be found.

Terry Megli, CEO of City Union Mission, said he disagrees with the tent city philosophy. The camps may meet temporary needs, but “they may keep people enabled into homelessness,” he said. “It’s better to build relationships with the unhomed and help them find permanent shelter, where they don’t have to worry about the tent collapsing.”

In a way, Hope Faith already is doing that, with its string of tents providing counseling, medical and other services for people who no longer have a permanent address. The group has blocked off the street for tents to offer these services safely and soon will open its warehouse for a warming area, Van Sickle said.

Hope Faith and the Greater Kansas City Coalition to End Homelessness are talking about getting together to create a comprehensive program to connect people with resources they need to prevent them from losing a place to live.

There’s no denying the need for a solution, Megli said. City Union Mission’s family center usually is full, and his organization is seeing more people who recently have lost jobs. With the economic repercussions of the pandemic on people’s minds, it may be time for big ideas and innovation, some community service leaders say. O’Byrne suggests a “czar” to coordinate efforts among nonprofits.