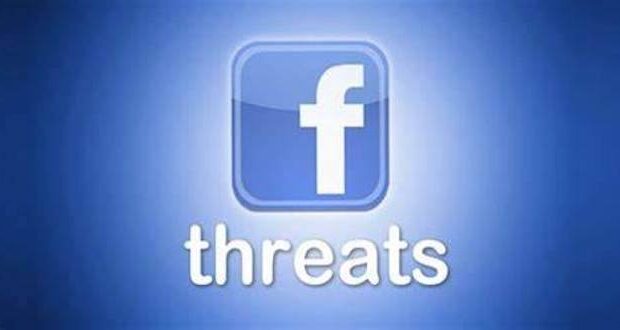 AFA, headquartered in Tupelo, Miss., is a Christian organization focusing on the erosion of morality in culture.

In one of two messages, Davis wrote “i am coming to tupelo unexpected with a group of people and we are going to kill every single person who runs your group,” and “you are the most disgusting people in america. i have put together a group to have you pieces of [expletive] obliterated into dust. yes, i literally mean killing all of you. you people are nothing but disgusting, warn out, and old excuses of human life.”

When notified of the threats by AFA, Facebook responded that the posts did not constitute a policy “violation.” AFA appealed the decision to higher-ups at Facebook who again refused to act on the public threats.

AFA then reported the threats to the United States Attorney’s Office, which resulted in an investigation by the FBI and a federal grand jury indictment in the Northern District of Mississippi in the summer of 2019. 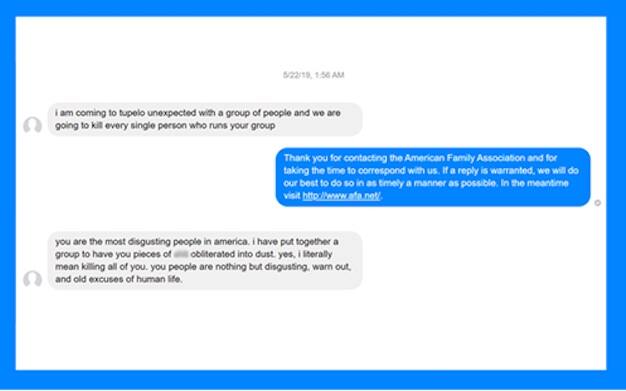 On July 20, 2020, Judge Sheri Polster Chappell, United States Judge for the Middle District of Florida, sentenced Davis on the federal criminal conviction he received for the murderous threats he directed toward AFA. Judge Chappell sentenced Davis to serve 6 months in prison followed by an additional 3 years of federal probation, during which he will be strictly monitored and supervised by federal authorities. In addition, he was ordered to pay $1,440 in restitution for costs AFA incurred to protect its employees after the threat. As a part of the sentence, Mr. Davis must also participate in drug and mental health treatment and perform 400 hours of community service in lieu of a fine.

Buddy Smith, AFA senior vice president, said AFA sought not vengeance but justice in the matter. He added that providing for the safety of the ministry’s employees was paramount, and that he hoped the sentence would serve as a deterrent to anyone in the future who would threaten harm to AFA or any another organization.

“AFA is grateful for the protective services provided by our federal law enforcement and court system over this threat to the employees of our organization,” Smith said. “AFA will continue to affirm that all persons are individuals of sacred worth and are created by God in His image.

“AFA will not be intimidated into silence. We will continue to boldly proclaim the redemptive hope of the gospel and that a relationship with Jesus Christ is the only answer to the culturally controversial questions about gender and sexuality.”

U.S. Attorney William C. Lamar stated that “It is important to protect free speech, but when it crosses the line and becomes threats to harm others on the basis of race, religious beliefs, political affiliations or other protected reasons, we will use federal laws to hold those individuals accountable for their actions.”

Facebook was criticized by human rights groups this year for naming a Muslim brotherhood member to their “oversight” board.