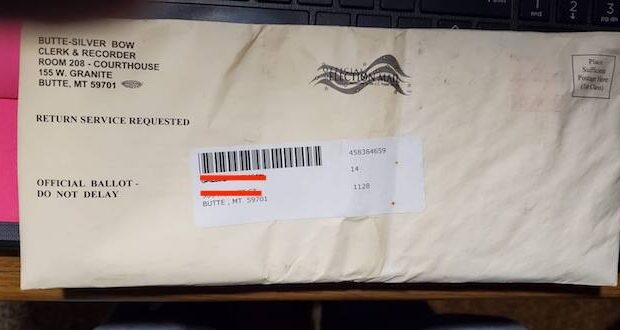 A reader that is registered to vote in Missouri shared with Metro Voice a ballot addressed to another voter. The ballot was mailed to the second home they just purchased in Montana. Ballots going to previous addresses of voters or the deceased have many concerned.

Attorney General Jay Ashcroft wants all Missourians to be able to vote as safety as possible. He just isn’t sure that expanded mail-in voting is the best way to do it.

“It’s just not the most secure way to hold an election,” he stated. “The gold standard for elections is to have people in person go to their assigned polling place on election day.”

“Without the agreed-upon safeguards, I have grave concerns that this bill will make voting less secure and jeopardize the integrity of our elections,” Ashcroft said.

Senate Bill 631 (PDF shows what was stricken from the bill) includes many items as allowing more mail-in voting during this year’s August and November elections. Voters could cast an absentee ballot by saying they are ill if they are 65 or older, live in a nursing home or have certain health problems. All other voters could mail in their ballot without an excuse, but they must first get it notarized. The bill is awaiting Gov. Mike Parson’s signature (contact info below).

Ashcroft said the likely spike in mail-in ballots for this year’s elections will make it tougher on local election officials. A two-person team, a Republican and a Democrat, checks to make sure each of those ballots is legitimate.

Sen. Bob Onder, R-Lake Saint Louis, worried that people are using the pandemic to open the door to voter fraud. Onder wanted an ID restriction to ensure those voting were actually the people the absentee ballot was given to.

“I don’t like the idea that the voter ID fix was taken out of this. I have problems with a law that touches on our most sacred right,” Onder said. The safeguards were stricken from the mail-in voting aspect of the bill.

The legislation, passed as part of a larger bill, would allow voting by mail in the August and November statewide elections without voters stating a reason they cannot make it to polls. The bill would expire at the end of the year. Currently, Missouri law allows people to cast absentee ballots only if they say they’ll be unable to make it to the polls for any of six reasons, including absence from the area or confinement due to illness or physical disability.

Officials across the state have been split on whether that reason applies to fears of contracting COVID-19. Ashcroft has not released guidance on how counties should set up voting, leaving it in the hands of local election authorities.

Those wishing to contact Gov. Parson as he considers signing the voting legislation can do so HERE online or call 573-751-3222.

Previous: How Ravi Zacharias found Christ at Youth for Christ
Next: Missouri woman shares vision of heaven after near-death experience