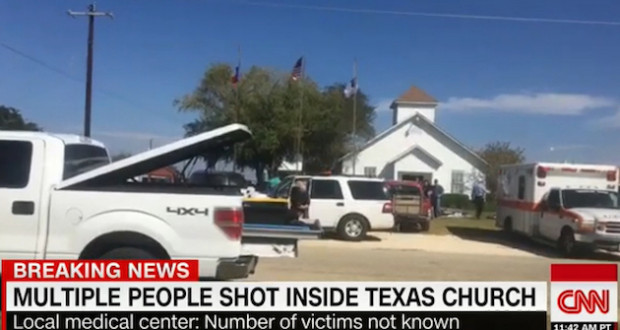 After numerous armed attacks on unarmed congregations across the nation, more states are dropping the ban on legally carrying guns in a house of worship. A Missouri House subcommittee this week began considering a bill that would allow worshipers to conceal carry in churches, synagogues, and mosques.

House Bill 359, sponsored by Republican Rep. Ben Baker, would guarantee the right to concealed carry to “ensure that constitutional Second Amendment rights aren’t stripped from us just because we choose to attend a church or a place of religious worship,” he said.

Baker cited a 2007 high-profile church shooting in his hometown of Neosho that resulted in three deaths and four people wounded. Current Missouri law dictates that a concealed carrier must have permission from a church leader or someone representing a given religious organization. Baker said the proposal would change the default so that bringing a gun is allowed by law unless the church prohibits it.

Concealed carry weapons can be brought into sport stadiums with a capacity of less than 5,000 attendees under current state law. Rep. Adam Schnelting, a Republican from St. Charles, questioned whether guns “allowed in a stadium of 5,000 people or less but not in church” is fair.

Only one witness showed up to testify before the committee Monday. Forty-one people submitted statements online, with an overwhelming majority — 39 of the 41 — opposing the bill.

Democrat Rep. Keri Ingle of Lee’s Summit spoke out against the bill saying she was concerned about the legality of the proposal but focused more on signs having to be posted.

“One of the things that I’ve heard time and time again is that when there are signs posted saying ‘no guns on the premises,’” she said, “that it opens that facility back up to being attacked.”

But that’s what gun rights activists have said for decades since “No Gun Zone” signs started going up across the nation. They have apparently not stopped a single shooting at a church or school.

Tyler McClay of the Missouri Catholic Conference was the only in-person witness and testified against committee House Bill 359, which would alter the restrictions around concealed carry weapons in religious establishments. “If you want to get an archbishop mad,” he said, “tell him what he has to do with his cathedral.”

Some religious leaders have condemned proposals allowing people to carry concealed firearms in church without permission from clergy before, with a St. Louis Catholic archbishop even threatening to sue on freedom of religion grounds after a 2018 house bill looked to allow concealed weapons in places that are currently designated gun-free zones by federal law.

In the last several years, dozens of worshippers have been killed in synagogues and churches.  Most congregations across the country don’t have armed security on their premises.