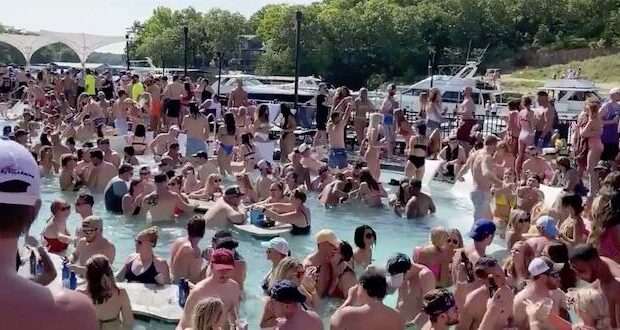 After what many considered a media-driven expectation of a spike in new Covid-19 cases after much-publicized pool parties at the Lake of the Ozarks on Memorial Day weekend, those reports now appear to be unfounded. The state of Missouri has reported hat no new cases have resulted from the parties.

Videos and photos that showed hundreds of partygoers in pools and beach-side bars and restaurants. The videos and photos, widely distributed on national media, prompted health officials in the state to express concerns that the large gatherings would lead to a surge in cases of COVID-19. Governor Mike Parson even extended the current phase of re-opening until mid June. Those who attended were urged to self-quarantine and get tested, while Democrat officials in St. Louis County later issued a travel advisory. 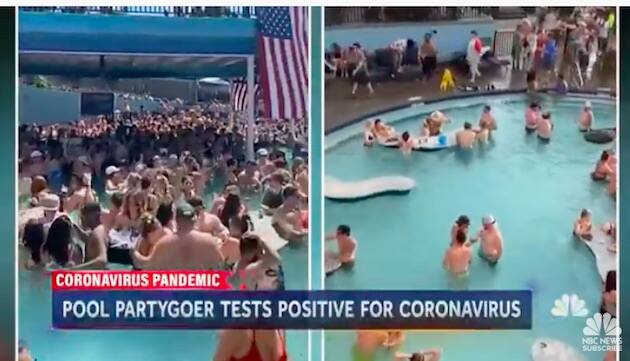 Later, a Missouri man who spent time at one of the pool bars over the holiday weekend was found to be positive for the novel virus, potentially exposing hundreds of others. He didn’t. On Wednesday, Dr. Randall Williams, director of the Missouri Department of Health and Senior Services, said state health officials are not aware of any additional cases linked to the pool parties.

“The answer, to our knowledge, is no,” Williams said Wednesday during Missouri Gov. Mike Parson’s daily press briefing, according to the “St. Louis Post-Dispatch”.

Meanwhile, Dr. Alex Garza, commander of the St. Louis Metropolitan Pandemic Task Force, expressed cautious optimism, noting officials “will give it a couple more days” to see if any infections linked to the pool parties emerge, he said during the briefing.

Overall, the statewide hospitalizations from the virus have decreased by more than 40 percent in recent weeks, while the state’s number of positive cases also has declined, Parson said during the briefing. “Our hospitals are not overwhelmed,” he said. “Our positivity rate continues to decline. People are recovering, and we are moving forward.”

To date, the Show-Me State has reported more than 14,000 cases of the novel virus and nearly 800 virus-linked deaths, according to official estimates.

The area with the highest concentration of cases remains in the St. Louis area. Data released Friday shows St. Louis County accounts for 5,005 of the 14,253 cases in the state. St. Louis city reports 1,907 cases and St. Charles County reports 819 cases.

In Missouri twice as many people die from drug overdoses or suicide each year than the death toll from Covid-19. 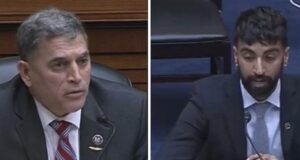