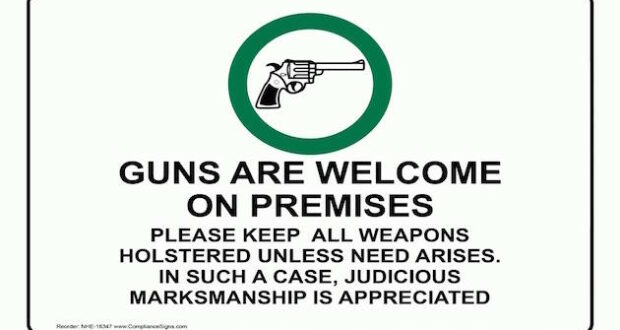 The Missouri House has approved a bill making it easier for those attending worship services to protect themselves and others from armed intruders. The legislation allows for conceal carry in churches and other houses of worship.

Currently, state law bans concealed firearms from religious establishments unless a permit holder gets permission from someone in authority at the facility. Under the bill sponsored by Rep. Ben Baker, R-Neosho, permit holders would be allowed to carry unless an organization put up signs announcing a ban.

Baker has argued that the bill could prevent shootings like one that happened in his hometown in 2007 when a gunman entered First Congregational Church and killed three people before surrendering to law enforcement. “What if someone would have had a concealed firearm and had the opportunity to neutralize the threat?” he asked at a committee hearing earlier this year.

Democrats and gun control advocates argue that such scenarios wouldn’t be as much of a concern if it weren’t so easy for “bad guys” to get guns. The Missouri Catholic Conference also opposes the idea.

Concealed carry weapons can be brought into sports stadiums with a capacity of less than 5,000 attendees under current state law. Rep. Adam Schnelting, a Republican from St. Charles, questioned whether guns “allowed in a stadium of 5,000 people or less but not in church” is fair.

Democrat Rep. Keri Ingle of Lee’s Summit has previously spoken out against the bill saying she was concerned about the legality of the proposal but focused more on signs having to be posted.

“One of the things that I’ve heard time and time again is that when there are signs posted saying ‘no guns on the premises,’” she said, “that it opens that facility back up to being attacked.”

Her comments, ironically, echo what gun rights activists have said for decades since “No Gun Zone” signs started going up across the nation. There is no evidence that a sign has ever stopped a single shooting at a church or school.

Some religious leaders have condemned proposals allowing people to carry concealed firearms in church without permission from clergy before, with a St. Louis Catholic archbishop even threatening to sue on freedom of religion grounds after a 2018 house bill looked to allow concealed weapons in places that are currently designated gun-free zones by federal law.

In the last several years, dozens of worshippers have been killed in synagogues and churches.  Most congregations across the country don’t have armed security on their premises.