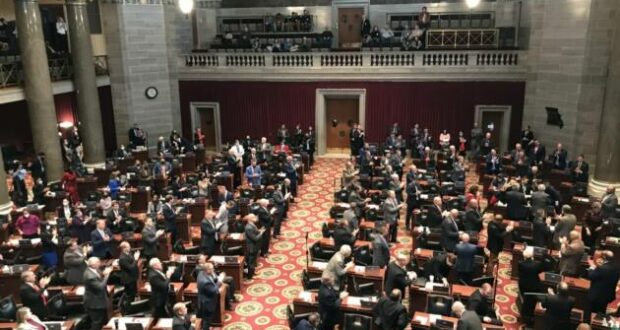 Missouri Right to Life wants the state’s eight congressional districts redrawn to give pro-life Congressional representatives the advantage. Susan Klein, executive director of the organization, testified at a House Special Committee on Redistricting hearing on Monday on the plan that would give Republicans a 7-1 advantage.

If that were to happen, the pro-life cause would have a stronger voice in Congress where few truly pro-life Democrats exist. Sen. Joe Manchin is one.

To do so, mapmakers would have to split up the Kansas City-based district of Democratic U.S. Rep. Emanuel Cleaver by attaching parts of it to multiple Republican-leaning rural areas.

“We’ve seen Missouri grow more conservative, and I believe that right now is the time to fight for a 7-1 map,” said Klein.

The change could mean Cleaver would lose his next race with more conservatives in his district combined with a faltering approval among his urban constituents. 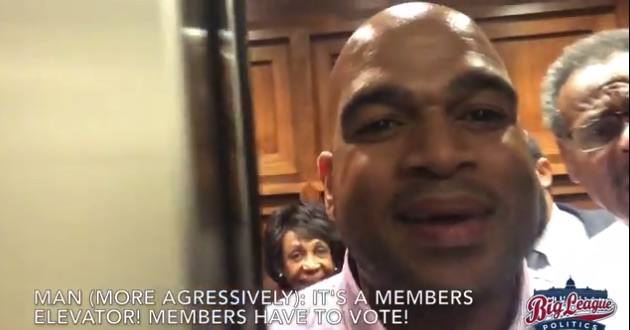 Congressman Cleaver can be seen on the right trying to close the elevator doors while a staffer yells at a journalist trying to get an answer from a smiling Maxine Waters in the rear.

Klein’s testimony brought to the forefront an internal division among Republicans, who are wrestling with how much they should try to gerrymander voting districts to aid their quest of winning control of the U.S. House. Democrats currently hold a slim congressional majority. Districts across the U.S. must be redrawn for the 2022 elections to account for population shifts noted in the 2020 census.

Secretary of State Jay Ashcroft, a Republican, also supports a 7-1 map. However, Republican leaders in both chambers have indicated the proposed 6-2 map, which is what the current proposal indicates, is the way to go.  Several House Republicans on the committee pushed back on the 7-1 map, especially with the lower chamber lacking a supermajority of Republicans who could greenlight an emergency clause.

Republican Rep. Dan Shaul, who chairs the committee, said he is not confident a 7-1 map would survive the Senate or a trial before the state Supreme Court. “There are many, many moving pieces, and we as representatives have to do a risk assessment,” he said. 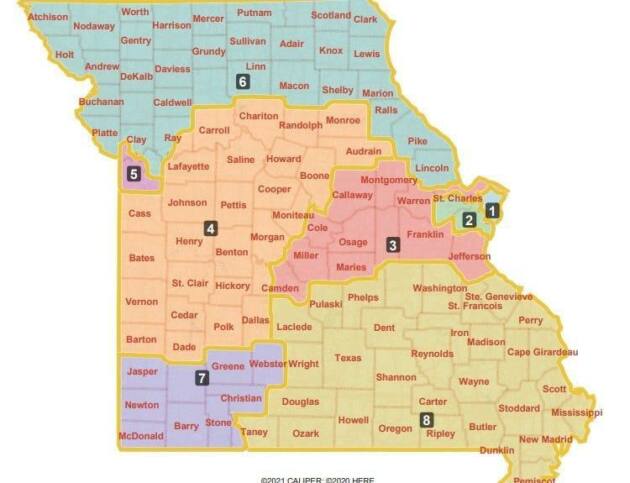 “Is it worth the risk for the reward?” Rep. Ben Baker asked. “If this goes to the courts, what could the result be for the cause? I think that’s a very important question to ask, because I think in just about every scenario I’ve tried to play out in my mind about a 7-1 map, it seems to me that we lose, and we can be in a worse situation for the cause of pro-life by doing that. That gives me concern in trying to make this decision and make the right decision when it comes to this map.”

With tension among Senate Republicans already percolating, it’s no surprise conservatives and Republican leadership appear split on the map as well. “When I think about redistricting, it’s not to represent the Republican Party; it’s to represent and reflect the state of Missouri as a whole,” Senate Majority Floor Leader Caleb Rowden told reporters last week. “I think the flaw in some of the messaging from folks who prefer a 7-1 map, including the secretary of state, is just a tremendous lack of awareness of how to get something through this chamber or basically just taking advantage of the fact that the general public doesn’t know anything about this process.”

Across the nation, Democrat-controlled are joining Republica legislators in drawing maps the strengthen their positions in respective states.

Previous: Tim Tebow challenges Christians to find and live out their “micro-mission” for God
Next: IRS blames delays on pandemic but snooping in your PayPal account may be real reason