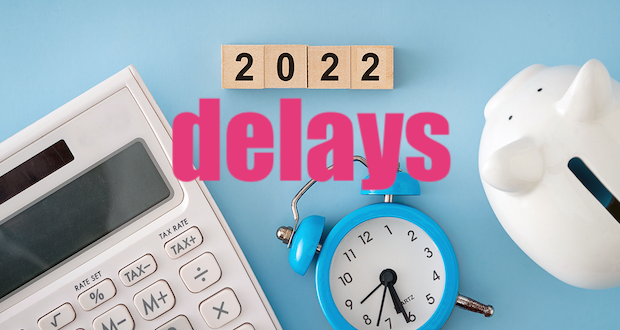 Taxpayers can expect frustration and long delays Treasury Department officials warned on Monday, blaming it on the pandemic and low staffing levels. But economists say the real reason is the new Democrat law allowing more snooping into your online accounts.

Much of the delay will be caused by a new rule passed by Democrats and signed into law that allows more snooping into your bank account. The IRS is now asking PayPal, Venmo and other online banking services to report transactions of more than $600.

The change to the tax code was signed into law as part of the American Rescue Plan Act, the Covid-19 response bill passed in March.

READ: The IRS can now snoop in your online account

Previously, these mobile payment apps only had to tell the tax authorities when a person had over 200 commercial transactions per year that exceeded $20,000 in total value, the IRS said.

Starting Jan. 1, according to the law, if a person accrues more than $600 annually in commercial payments on an app like Venmo, then Venmo “must file and furnish a Form 1099-K” for them — reporting on all the commercial income they collected through the app.

The IRS will start accepting and processing 2021 returns on Jan. 24 and the filing deadline for most taxpayers will be April 18 rather than April 15. That’s because Congress has created another federal holiday giving millions of workers the day off.

The new snooping rules will require immense resources both in funding and staff.

But the IRS this week blamed the delay on the pandemic plus budget cuts that occurred under Republican control of Congress in 2020.

“Planning for the nation’s filing season process is a massive undertaking, and IRS teams have been working non-stop these past several months to prepare,” said IRS Commissioner Chuck Rettig in Monday’s news release. “The pandemic continues to create challenges, but the IRS reminds people there are important steps they can take to help ensure their tax return and refund don’t face processing delays,” Rettig said.

IRS officials are urging taxpayers avoid delays by filing their taxes electronically with direct deposit and avoid using a paper return. Officials called for “extra attention” for individuals who received an Economic Impact Payment or an advance Child Tax Credit in 2021. “People should make sure they report the correct amount on their tax return to avoid delays,” officials said.

But in a phone call with reporters on Tuesday, Treasury officials said they are predicting that the Internal Revenue Service will face “enormous challenges” during this year’s tax filing season. The delays may b driven in part the substantial federal stimulus measures introduced throughout the pandemic, which have added to the tax agency’s already hefty workload, according to The Washington Post.

The IRS typically enters into filing season with a backlog of roughly 1 million unaddressed returns but this year is entering with what could be “several times” that amount, the Treasury official said.

A report conducted by the National Taxpayer Advocate, a watchdog group, in June 2021 (pdf) found that the IRS ended last year’s filing season with more than 35 million individual and business tax returns that had not been processed, in part due to delays in manual processing of returns, staffing issues, and IRS staff being unable to keep up with “the unprecedented volume of taxpayer telephone calls to the IRS’s toll-free lines” among other reasons.

Multiple lockdowns, which consequently resulted in a number of in-person tax centers that would normally process paper forms being forced to close, added extra pressure on the IRS, according to the Post.