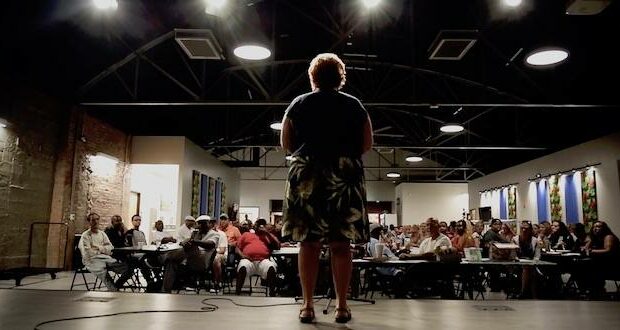 The recently released documentary “Bobbi Jo: Under the Influence” (available through video on demand and DVD) provides a no-holds-barred account of Bobbi Jo Reed. By her own admission, she found herself living like an animal under a boxcar next to the Golden Gate Liquor Store due to her twenty-two-year downward spiral into addiction, prostitution, and crime.

The film opens with Bobbi Jo, a Kansas City native, recounting how her life had spun out of control until she reached rock bottom only to discover that rock bottom had a basement. She lost all hope and asked herself how anyone who had gone so low could ever be saved. Later she discovered that God had actually gifted her with this desperation and that his redemption for her would involve saving others.

The film is the brainchild of Kansas City native Brent Jones who began his career producing practice and game films for the Chiefs before moving to Los Angeles to pursue a career in commercial films. After working with notable filmmakers like Stephen Spielberg, Jones and his family returned to Kansas City. He and his wife Debbie formed Gold Room Films and began looking for an authentic Kansas City story to serve as inspiration for a feature-length film. 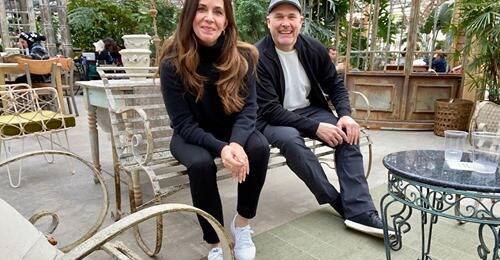 After Jones heard Bobbi Jo speak, he couldn’t get home fast enough to tell Debbie that he had found the subject for their film. Together the Joneses co-produced “Bobbi Jo: Under the Influence” for Gold Room Films with Jones serving double duty as film director. He, himself a recovering addict, revealed that he wove elements of the Alcoholics Anonymous Twelve Steps into his telling of Bobbi Jo’s story noting that he wanted those who saw the movie to realize that hope and redemption exists for those who struggle. 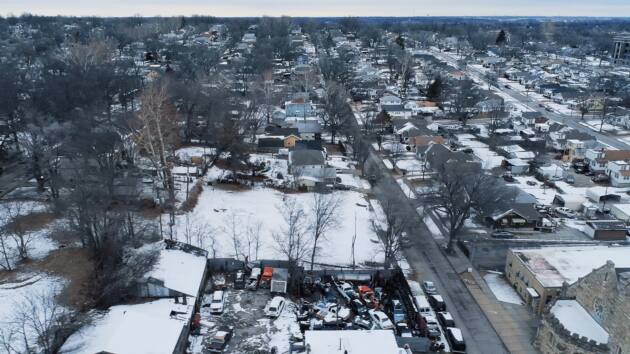 The death of Bobbi Jo’s father provided the catalyst for her to finally get sober. She went into a detox facility containing eighteen bunk beds in a single room with no ventilation, no showers, soap, or toothpaste. It smelled of urine, sweat, and cigarettes. After she left the facility she baked and sold baked goods to earn money to buy toiletries for the women there. She would sit on the beds with the patients and encourage them. Bobbi Jo soon discovered that helping other people helped her too.

When Bobbi Jo’s mother died from ovarian cancer a few years later, it rocked her world. Alone and despondent, she cried out to God asking for help to keep her from going back to her former life. Bobbi Jo credits Alcoholics Anonymous with getting her sober but she says that the credit for making her whole belongs solely to God. From the day she cried out, the Holy Spirit gave her the relentless drive to do what God created her to do.

The film does not seek to downplay or hide from the sordid details of Bobbi Jo’s former life. She tells her story in a forthright and honest manner. But, some of Bobbi Jo’s admissions, including a violent gang rape and sex slavery, while not gratuitous, would be inappropriate for pre-teens. Jones focuses the bulk of the film instead on Bobbi Jo’s journey to create Healing House, a group of faith-based recovery homes that provide a nurturing place for addicts to begin anew, free from addictions. He shows the progression beginning with the dilapidated abandoned nursing home on St. John Avenue in northeast Kansas City, now called the Pink House. Bobbi Jo bought it in 2002 after selling her home following her mother’s death. Nearly two decades and fourteen houses and apartment buildings later, Bobbi Jo and Healing House have provided services to almost 10,000 people. 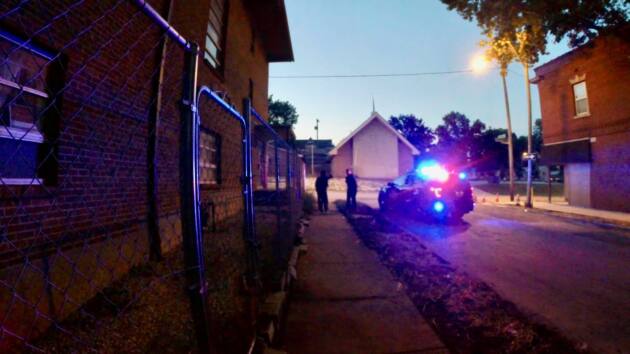 KCPD talk with a prostitute.

Jones documents Bobbi Jo’s story in part with a series of interviews with her brother Paul, multiple pastors, police officers, and a local judge. The most impactful interviews, however, featured several alumni women and men who received help from Bobbi Jo and Healing House. Many, after earning certifications in peer counseling, have continued on at Healing House to assist others to find their way out of addiction. Every person featured credits Bobbi Jo with saving their lives. Bobbi Jo credits God for giving her the gift of this ministry. Jones dedicated the film to former Healing House client Judi, known to all as Mama Judi. She became Healing House’s Director of Ministry as well as Bobbi Jo’s best friend and confidant until she went to be with the Lord last September after a battle with pancreatic cancer.

Bobbi Jo’s story is one of the compassion that relieves people of shame and welcomes them home to a family that reflects the light of the Spirit’s love. That love oozes out of every pore of Bobbi Jo and touches everyone she meets. She lives to serve others and says she will refuse to retire until “they dig the hole for my grave.” Brent Jones tells the story of “Bobbi Jo: Under the Influence” in an authentic and compelling way that will make a positive impact on addicts and non-addicts alike.

Watch “Bobbi Jo: Under the Influence” on-demand at www.thebobbijomovie.com. You can also arrange to show the film at your church or event.

For more information on Healing House go to www.healinghousekc.org.