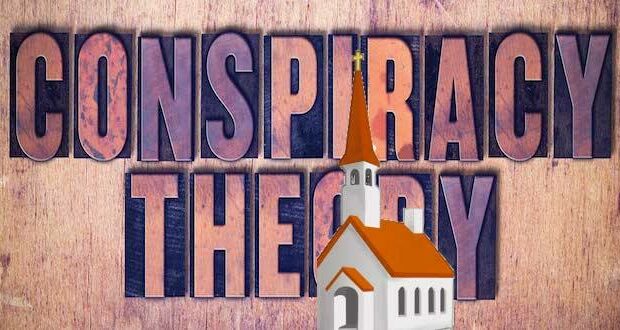 Conspiracy theories are not new, nor is their spread in the church.

A new study from Lifeway Research found that 49 percent of U.S. protestant pastors say they frequently hear members of their congregation repeating what has been labeled as conspiracy theories. The information typically concerns something happening in the nation, not so much UFOs or Big Foot.

Around one in eight strongly agreed their congregants are sharing conspiracy theories, defined by Merriam-Webster as “a theory that explains an event or set of circumstances as the result of a secret plot by usually powerful conspirators.” But it doesn’t stop there. Theories can revolve around virtually anything.

“Christian churches resolve to be places focused on the truth,” said Scott McConnell, executive director of Lifeway Research. “Yet half of pastors hear the spread of assumptions about plots often. This is a startling disconnect.”

Other research has found that the most popular theories concern the government and its interaction with citizens. Recent news stories have focused on vaccine theories circulating in predominately black churches leading to African-Americans expressing the most doubt about acquiring the Covid vaccine.

“While conspiracy theories may be embraced by a minority of churchgoers, the larger the church. the more minds and mouths exist to be misled,” McConnell said.

But history has also shown that what is considered a conspiracy theory in one generation, is later proven true by succeeding generations.

One example is that of Pope Pius XII and his complicity in the Holocaust.

Through the 1940s and following for 80 years, a conspiracy theory circulated that Pius knew about the mass murder committed by Nazis against Jews. Those that held it were considered anti-Catholic and for many years the theory was derided in media reports as false. The Vatican continues to deny it.

Now, newly released archives and investigative reporting by the German weekly Die Ziet and others, show Pius knew of the slaughter as early as 1942. “Before,” the Smithsonian Magazine reported in May 2020, “the pontiff told the United States government that the Vatican was unable to confirm news of Nazi crimes.”

Likewise, first-hand reports of Nazi death camps were quietly whispered among congregants of the Bekennende Kirche—the “Confessing Church” – churches opposed to the Nazi Party. Pastors in those congregations heard about the atrocities long before the camps were confirmed by Allied newspapers at the time. Fear of retribution caused most to remain silent.

That history makes it difficult to completely reign in what many consider conspiracy theories spreading in the church today.  Governments and media have gotten it wrong in the past. So too has the church in its reaction.

But it doesn’t mean that the church doesn’t have a responsibility to investigate and separate fact from fiction says Christian apologist Mary Jo Sharp.

For Sharp, the widespread sharing of conspiracy theories within churches is a worrisome trend, because it can reinforce negative stereotypes about Christians and hamper efforts to share the gospel.

“Irresponsibility with information unravels the impact of a Christian’s witness to those in their community and, with social media, to the broader world,” she said. “The non-Christian may begin to believe or become further ingrained in the culturally popular belief that Christians are anti-intellectual, including anti-science.”