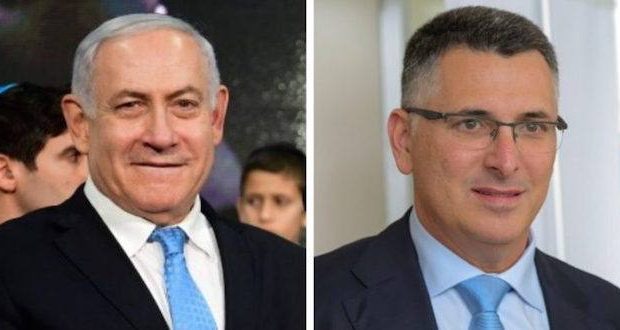 Likud voters streamed to polls across Israel Thursday deciding to keep Netanyahu or go with a younger and rising young leader.

The two candidates – Prime Minister Benjamin Netanyahu and senior Likud MK Gideon Sa’ar – conducted a brief but intense campaign. After barbs were hurled at each other at the start, with Netanyahu loyalists accusing Sa’ar of betrayal and Sa’ar accusing Netanyahu of being directly responsible for the overheated rhetoric directed at him – the two settled down to a more or less respectful campaign.

Sa’ar even suggested that Netanyahu be appointed president of Israel, a figurehead position but one coveted by formerly active politicians.  Netanyahu rejected it as “spin.”

According to Israel Hayom, on Thursday Netanyahu’s people said, “Contrary to what the media says, the prime minister didn’t attack or speak against Sa’ar. He’s working the field, speaking about his accomplishments, getting the activists excited to bring not just victory but one by a meaningful margin.”

Unlike the last election, Netanyahu took to the hustings to address voters directly. Pundits have opined that Netanyahu has realized that his reliance on television and the internet to get the word out wasn’t enough to energize his voters. They expect he will continue the same pattern in the general elections after his widely assumed victory in Thursday’s party primary.

It’s yet to be seen whether Sa’ar’s challenge will help him in the long run. Observers are split over his decision. Some say that if he scores 30 percent or higher among Likud voters, he has won a victory and set himself up to be the future Likud leader. Others say that by challenging a sitting Likud prime minister, he has made himself anathema to Likud voters.

The vast majority of Likud Knesset members have thrown their lot in with Netanyahu. However, Sa’ar attracted a few Knesset members, notably Sharren Haskel and Yoav Kish.

Sa’ar said yesterday, “We believe in the Likud members. There will be a big surprise tomorrow, particularly in the large cities.”