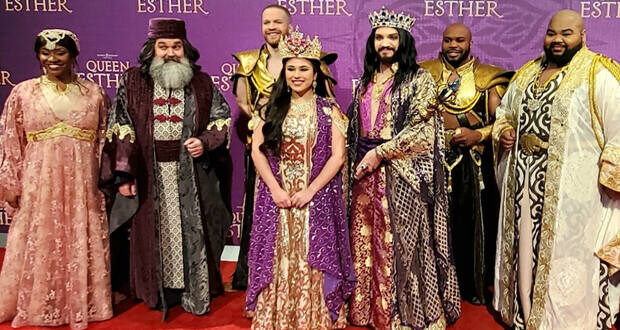 “Queen Esther,” the latest show from Sight & Sound Theatres, will finally make its debut. The show, which was scheduled to premiere live in March, instead will be shown by pay-per-view on the company’s new streaming channel, Sight & Sound TV. Branson is home to one of the company’s two theaters.

“The thrill of live theater is watching the show unfold right before your eyes,” Chief Creative Officer Josh Enck said. “We’re so excited to bring that same experience to living rooms all across the world.”

With cameras covering the theater from every angle, including on stage and behind the curtain, audiences will experience a live Sight & Sound show like never before, giving them the best seat in the house for every spectacular moment. The live event will include a 30-minute preshow and a 20-minute intermission, with exclusive behind-the-scenes interviews and a sneak peek at how the production was created.

READ: The virus that ate the summer movie multiplex

“Esther’s story is one of courageous faith in the midst of chaos,” Enck said. “This show is truly meant for such a time as this.”

Esther’s ordinary life changed forever when she was taken through the palace doors, entering a new world of royalty and risk. With a crown on her head and a secret in her heart, can she find the courage to trust in God’s plan and believe that she was made for such a time as this?

The show will be performed live at 6 p.m. on Sept. 4 at www.sight-sound.tv, with two encore showings later that weekend.

Sight & Sound is a ministry on a mission to bring the Bible to life through live theater, television and film. What started over 40 years ago as a traveling multimedia show has today become a destination for over 25 million people. With two state-of-the-art theaters, more than one million people walk through their doors each year from around the world.