Home / Entertainment / The virus that ate the summer movie multiplex 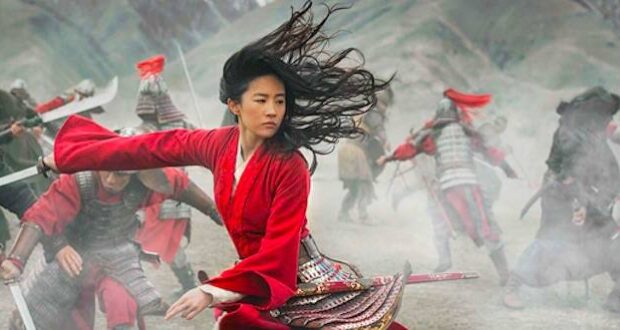 The covid virus has ravaged our world for the last six months, forcing unprecedented closures, lockdowns and adjustments to our normal way of living. And that’s been especially true when it comes to movie viewing.

The big studios have repeatedly shifted opening dates for summer tentpole movies, each time hoping and believing the next date will really prove to be the one. But it’s starting to feel a bit like Lucy yanking the football grimly away every time poor Charlie Brown tries to kick it. Or maybe Groundhog Day — the same story over and over again. And so it is again this week.

AMC Theaters has announced yet another delay in opening its theaters nationwide, pushing back from a previously hoped-for July 30 reopening to August 12. But even if theaters do begin to open soon — a big if — it’s unlikely they’re going to have many, if any, of this year’s most-anticipated popcorn munchers to attract cautious moviegoers.

Warner Bros. announced this week that Christopher Nolan’s new movie, Tenet, would be delayed indefinitely. And Disney followed suit, pushing Mulan’s release out to some undefined date in the future. Top Gun Maverick and A Quiet Place II? Well, those just got bumped to 2021. And that domino effect just shoved forthcoming Avatar and Star Wars sequels back another year, too.

We all want things to get back to normal. But alas, we’re just not there yet as far as movie releases and theatrical re-openings are concerned.

In the meantime, the online streaming world continues to explode — with new players like Peacock showing up to nab a piece of the at-home streaming action. Streaming releases each week include Animal Crackers, The Kissing Booth 2, Radioactive, Ip Man 4: The Finale, The Larva Island Movie, Deany Bean is Dead and the new Peacock movie Psych 2: Lassie Come Home.

Normal life has been upended in so many ways by COVID-19.

Hopefully someday relatively soon, we’ll be back to to some type of normal.

Previous: Congressman urges AG Barr to protect religious freedom after church attacks
Next: Fantastic discovery from time of Hezekiah and Manasseh unearthed near US Embassy in Jerusalem