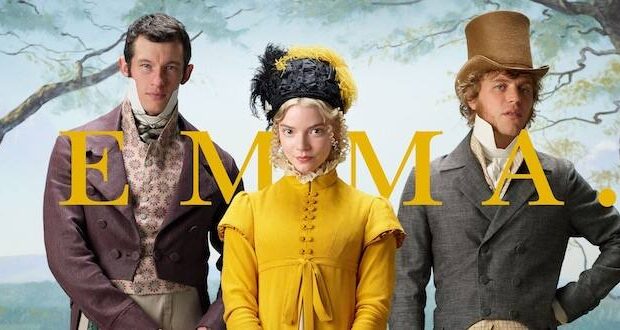 When it comes to cinematic adaptations of Jane Austen novels, you can usually count on a few things: an unlikely romance, a rejected marriage proposal, the importance of having an amiable dancing partner and PG-rated comedy subject matter.

The newest visual iteration of Austen’s 1815 novel Emma includes all of those components and more and the story of Emma Woodhouse remains a charming tale about love, friendship and personal growth.

Emma Woodhouse is not in want of employment, fortune or consequence. Her family is wealthy; and since she manages her father’s household and estate, she doesn’t have to worry herself with finding a suitable husband. Rather, she fancies herself a matchmaker and takes pride in setting up good marriages between her friends and acquaintances.

READ: Family picks for May

Directed by Autumn de Wilde From a screenplay by Eleanor Catton and is based on Jane Austen’s 1815 novel of the same name. I Starring: Anya Taylor-Joy, Johnny Flynn, Josh O’Connor, Callum Turner, Mia Goth, Miranda Hart, and Bill Nighy. It was released in the United Kingdom on February 14, 2020, and in the United States on February 21, 2020. It received generally favorable reviews from critics, and grossed $25 million worldwide.

She and her friend Mr. Knightley, are constantly at odds in an innocent competition of one-upmanship of who can be the better person. But that constant squabbling helps to refine their manners, making them both kinder people while also causing them to fall in love and creating a fascinating story line. We see not one, but two young women reject marriage proposals. And we get to watch the finer points of 19th Century England’s social politics play out at a ball—themes that are typical of Jane Austen’s stories.

After she arranges for her former governess and longtime companion, Miss Taylor, to be wed to the widower Mr. Weston, she finds herself lonely and in want of a new project. So, she takes Harriet Smith (a young woman of unknown parentage from the local boarding school) under her wing in the hope of raising Harriet’s standing in society enough to secure a proper suitor.

Unfortunately, Emma’s constant meddling in Harriet’s love life winds up hurting Harriet. Under Emma’s influence, Harriet turns down a man who truly loves her and takes an interest in one who believes himself to be too superior for her. 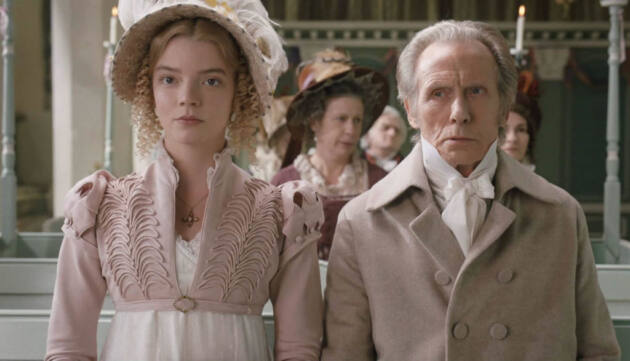 Emma is chastised for her actions by Mr. Knightley but when she tries to defend herself, Emma damages her relationship with him as well. In order for Emma to regain the favor of her friends, she will have to swallow her pride and gain a good deal of sense. Because as Jane Austen puts it, “The real evils, indeed, of Emma’s situation were the power of having rather too much her own way, and a disposition to think a little too well of herself.”

Emma is a study in friendships.  Friends wrong friends but are set right upon apologies and forgiveness. Emma initially befriends Harriet for selfish reasons. However, Harriet’s sweet and unassuming nature influences Emma as much as Emma influences her, creating a true bond of friendship. Harriet’s friendship also helps Emma to grow more humble and less conniving.

Emma did not get much attention at theaters because of Covid-19 and the ensuing lockdowns. While Jane Austen’s works are considered classics, this newest film based on those works is one not to miss.

– By Emily Clark | Emily studied film and writing when she was in college. And when she isn’t being way too competitive while playing board games, she enjoys food, sleep, and indulging in her “nerdom,” which is the collective fan cultures of everything she loves, such as Star Wars and Lord of the Rings.