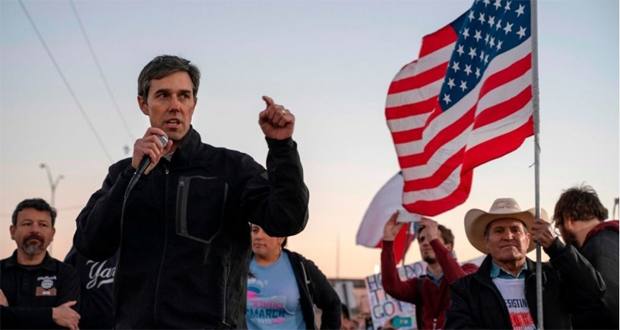 Newswire service Reuters revealed over the weekend that one of its reporters sat on an explosive story about former Rep. Beto O’Rourke (D-Texas) until after his contentious election battle against Sen. Ted Cruz (R-Texas) last year, only publishing the story once O’Rourke officially announced his presidential candidacy.

What are the details?

Last Friday, Reuters exclusively reported O’Rourke’s longtime membership in American computer hacking group Cult of the Dead Cow, one of the oldest and most influential computer hacking groups in U.S. history. O’Rourke joined the group as a teenager. According to Reuters, members of CDC protected O’Rourke’s secret for decades, “reluctant to compromise his political viability.”

Within minutes of publication, Reuters’ story had become one of the most popular news stories of the day.

Later on Friday, hours after most people had gone home for the weekend, Reuters explained in a “backstory” how the publication had “uncovered Beto O’Rourke’s teenage hacking days.”

Joseph Menn — the Reuters reporter who broke the hacking story along with other details about O’Rourke’s past, including past writings of murder fiction — first uncovered the explosive details in 2017, even persuading O’Rourke to confirm his membership in the group on the record in late 2017.

Menn, who is working on a forthcoming book about CDC, promised to withhold the information until after O’Rourke’s Senate campaign against Cruz.

And then I figured out which one it was. And the members of the group wouldn’t talk to me about who it was. They wouldn’t confirm that it was this person unless I promised that I wouldn’t write about it until after the November election. That’s because the member of Congress had decided to run for Senate. Beto O’Rourke is who it was.

I met Beto O’Rourke. I said “I’m writing a book about Cult of the Dead Cow, I think it’s really interesting. I know you were in this group. This book is going to publish after November and your Senate race is over.” And he said, “OK.” And he told me about his time in the Cult of the Dead Cow.

How did Menn respond?

He defended his decision to embargo his story by claiming that the vital information came as a result of work for his book, and because no one else offered to go on the record to confirm O’Rourke’s CDC membership.

“To be clear, I offered @BetoORourke an embargo because it was for a book I was on leave to write, not for my day job, and because no one else who knew would confirm the facts before the election.”

“Gosh this is fun. I did not have the story before the November election because no one would talk.”

“Reporters who are writing books sometimes hold back certain info til their book comes out. That’s what the reporter says happened in this case. Book deal situations are definitely complicated. The Fox/Stormy situation didn’t involve a book. What’s your proposal — no books?”

“So Reuters had evidence in 2017 that Beto may have committed multiple felonies—which Beto confirmed on the record—but deliberately withheld the story for over a year to help him win his Senate race? But when he’s running against Bernie etc, NOW it’s news?”