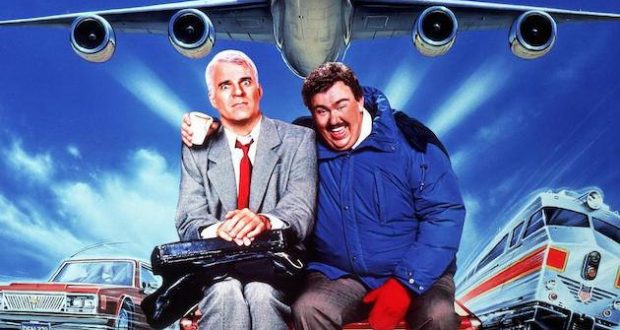 Can’t move from all the turkey and pumpkin pie? Sit back and enjoy one of our favorite Thanksgiving-themed movies.

Available on streaming services like Hulu, Netflix or Amazon Prime, broadcast on cable or checked out through your local library, there are some great movies available to enjoy with your family over Thanksgiving weekend. 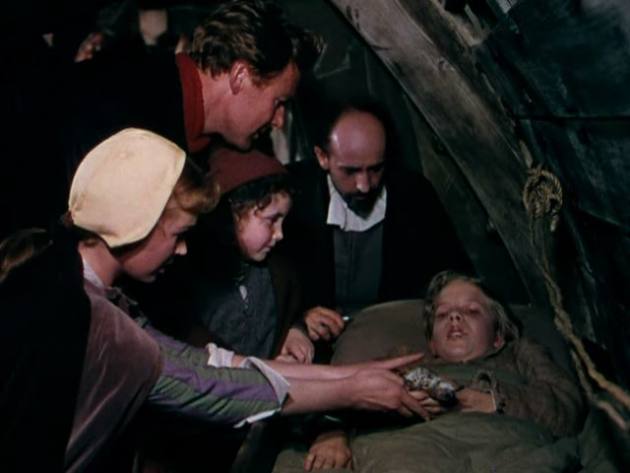 Plymouth Adventure (1952) (no rating) – Spencer Tracy is the captain of the Mayflower as it makes it way across the Atlantic Ocean  to a new home in America. Still a classic film. Gene Tierney also stars. 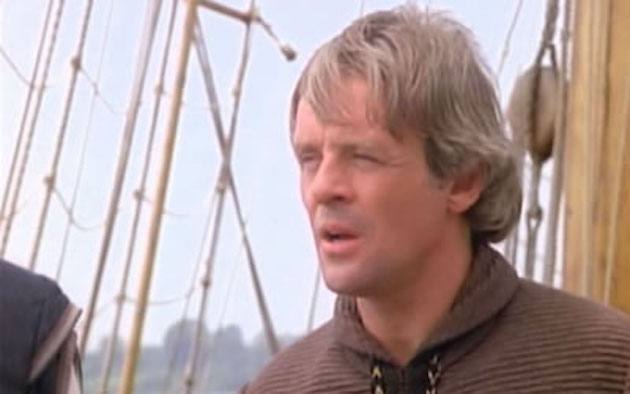 Mayflower: The Pilgrim’s Adventure (1979) (no rating) – This made-for-television film stars Jenny Agutter and Richard Crenna in another version of the Pilgrim’s crossing  the Atlantic Ocean to build a new life. 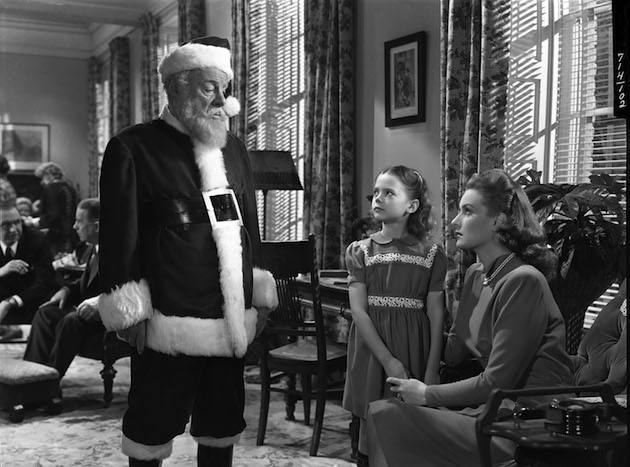 Miracle on 34th Street (1947) (no rating) – A classic film with Margaret O’Brien and Edmund Gwen at the beginning of the Macy’s Thanksgiving Day Parade. 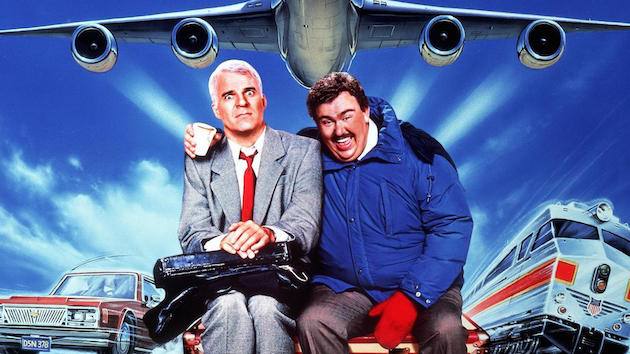 Planes, Trains and Automobiles (1987) (PG 13) – A John Hughes film, this more-on-the-adult-side film tells the story of two men, Steve Martin and the late John Candy, caught in the holiday traffic rush, who must join forces to reach home for Thanksgiving. 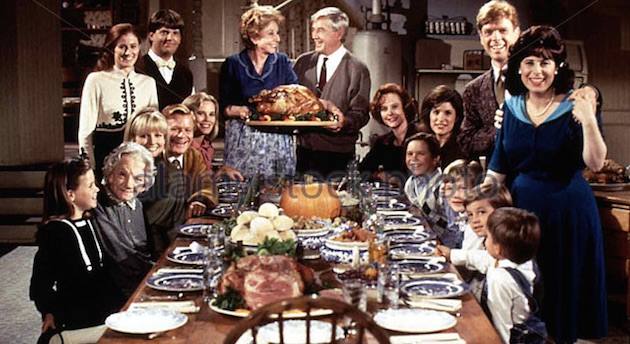 Thanksgiving on Walton’s Mountain (1982) (no rating) – From the popular television series, this story is of Walton family members trying to reach home for Thanksgiving. 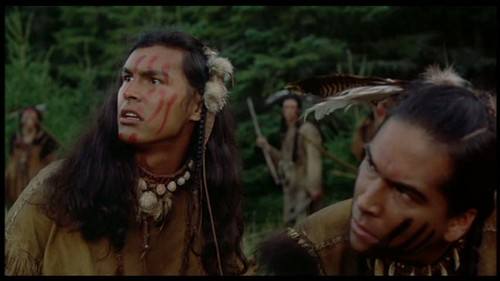 Squanto: A Warrior’s Tale (1994) (PG) – Adam Beach is Squanto, an Indian warrior who is stolen away to Europe, returns to America and meets the Pilgrims. 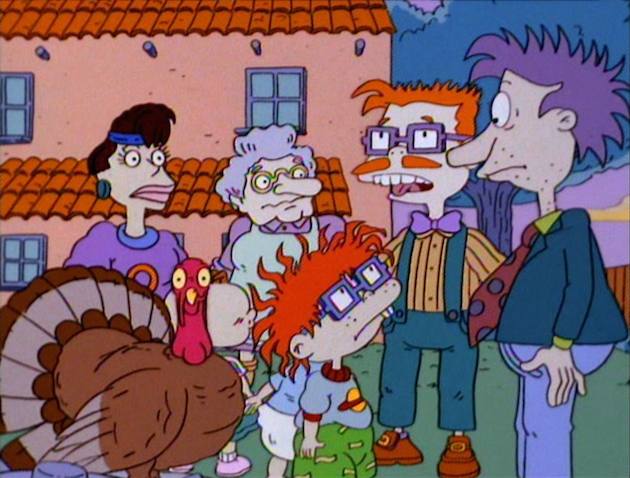 Rugrats Thanksgiving (1997) (no rating) – an animated children’s film of the popular comic strip characters who learn the meaning of Thanksgiving; 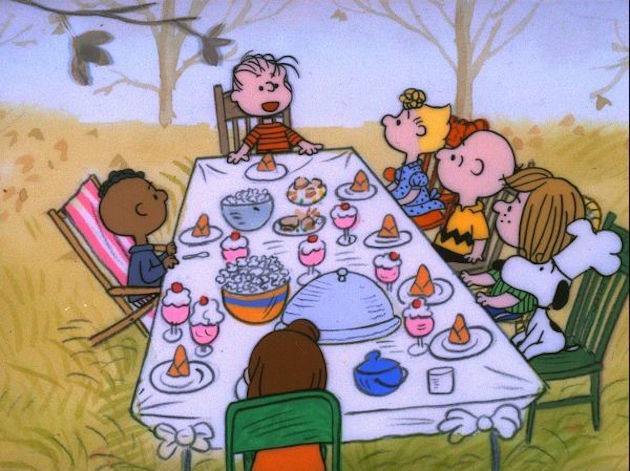 A Charlie Brown Thanksgiving (1973) (no rating) – another classic children’s animated film with the popular comic strip characters of Charlie Brown, Snoopy, Linus and the rest trying to prepare a Thanksgiving meal. 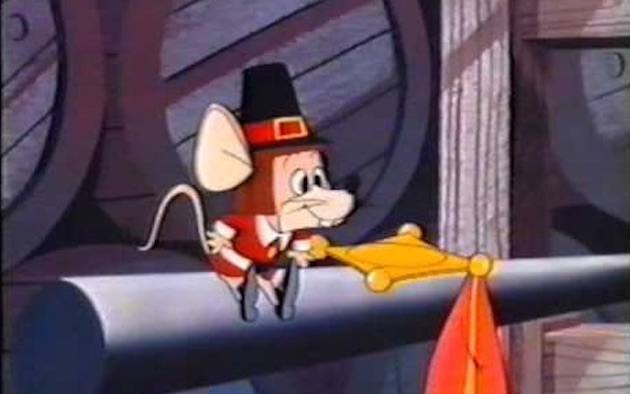