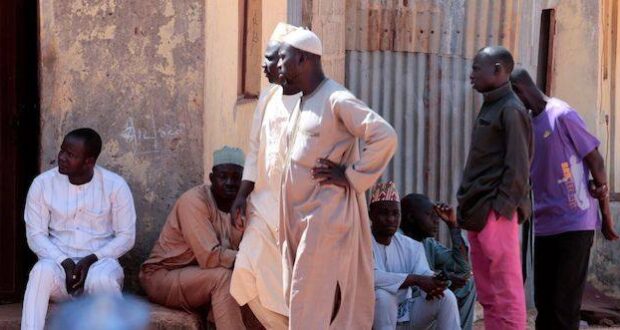 Both Muslim and Christian fathers gather, awaiting news of their sons.

Governments around the world are still expressing shock after the Islamic terrorist group Boko Haram abducted more than 300 boys from one secondary school in Nigeria. It brings the number of kidnapped children in the country at the hands of the group to well over 10,000.

In a scene filled with grief and anger, parents converged on the high school Sunday in an effort to beg authorities to save the boys who were kidnapped at gunpoint. Parents in Kankara took to the streets in protest, urging Nigerian leaders to rescue their children while a new social media trend took hold: #BringBackOurBoys. The teens were from both Christian and Muslim families.

“We will not rest until we see the end of this,” state spokesman Abdul Labaran told the Reuters news agency.

The Muslim extremist group has carried out mass abduction of students before. The largest abduction before this one took place in 2014, when more than 270 schoolgirls were taken from their dormitory at a Government Secondary School in Chibok in northeastern Borno State. Nigeria says that more than 100 of the girls are still missing.

In another incident in 2014, 59 boys were killed during a Boko Haram attack in Yobe State. 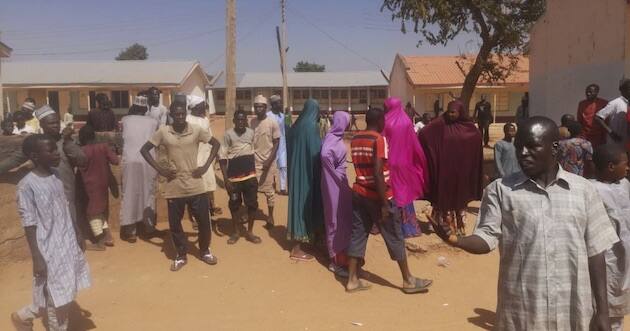 Parents and friends mill about the school after the abduction.

In the audio message about Friday’s attack, Shekau said his group abducted the schoolboys because Western education is against the tenets of Islam.

Labaran said military and intelligence chiefs were in Kankara to lead the rescue and stated all state schools in Katsina were ordered to close because officials did not know the attackers’ motives, the education commissioner said.

One man, Abubakar Lawal came from Zaria, a city 120 kilometers (75 miles) south of Kanara. Two of his three sons at the school were among the missing and he shared how parents of both religions gathered to pray side-by-side for the safe return of the kids.

Yahaya, 17, told Reuters he escaped on Saturday. He gave only one name for fear of reprisals. He said he sneaked away while the kidnappers transferred students to different locations in the forest.

“We met someone with motorcycle who brought us to a nearby village,” He said. “From there someone bought us to Kankara.”

He said group leaders told the men not to harm them.

More than 800 students attend the school. Many were able to escape during a gunfight between the attackers and the police, according to state police spokesman Gambo Isah.

Students corroborated this account with various news agencies, saying many of them were also rounded up and forced to walk to a nearby forest, where some were also able to flee.

There is growing anger with the precarious security situation in Nigeria, Africa’s most populous nation. Late last month, Islamist militants killed scores of farmers in northeastern Borno, beheading some of them.

The Washington Post reports that “Boko Haram has swollen its ranks over the years by striking towns, kidnapping children and ordering them to join or die. Those who escape often speak of killing people against their will, leaving the children traumatized and subject to state punishment. They tend to face months of military detention after fleeing Boko Haram to return home, as authorities investigate them for signs of loyalty to the group.”