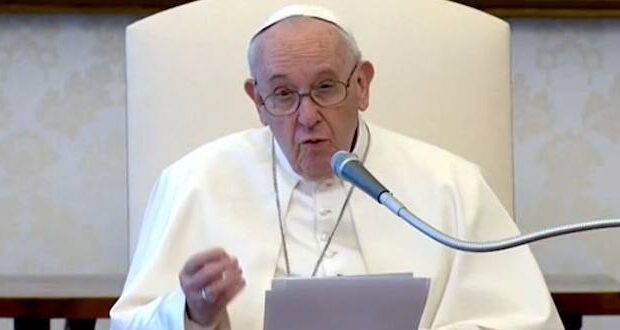 Environmental degradation is to blame for the coronavirus pandemic, according to Pope Francis, who is calling for a worldwide response to climate change. He made the remarks on the 50th anniversary of Earth Day, Reuters reported.

Francis praised the environmental movement, saying it is necessary for young people to “take to the streets to teach us what is obvious, that is, that there will be no future for us if we destroy the environment that sustains us. If we have deteriorated the Earth, the response will be very ugly.”

Earth Day has prompted calls from many, including U.N. Secretary-General Antonio Guterres, for governments to pursue “green recovery” in response to coronavirus. Both the pope and Guterres have made environmental protection and climate change signature themes of their offices.

“We see these natural tragedies, which are the Earth’s response to our maltreatment,” Francis said. “I think that if I ask the Lord now what he thinks about this, I don’t think he would say it is a very good thing. It is we who have ruined the work of God. We have sinned against the Earth, against our neighbor and, in the end, against the creator.”

Top theologians, however, disagree saying that it’s impossible for man to sin against inanimate objects such as the earth or the environment, but only against God and those created in His image.

Catholic author Dr. Peter Kwasniewski says that when human beings abuse creation, they are sinning against God or their fellow man, not the earth.

“There is no possible sin against planet Earth,” Kwasniewski said.

“All sins are ultimately against God or those who are in God’s image. As all theologians have explained prior to the post-conciliar decline of theology, when we abuse the natural world or animals or plants, we are sinning against God their creator, who gave them to us to use for the right purposes and in accordance with their nature and ours,” he continued.

Kwasniewski explained further that although a person cannot sin against a tree or an animal, he can sin by the abuse of a tree (e.g. by destroying them pointlessly) and by the abuse of an animal (e.g. by improper genetic research or cosmetic testing).

Francis, like Guterres, has compared the response to environmental dangers to that of the coronavirus. “Only together, and looking after the most fragile (members of society) can we win global challenges,” the pope said.

So far, massive economic stimulus packages launched by the United States, China and European governments have focused mainly on staunching the damage to existing industries and staving off the threat of a global depression. But political leaders from Germany, France and other EU members have stated their intention to align with climate goals.

While the financial burden for green goals would fall primarily on American taxpayers, research has found that for 2019, China emitted more greenhouse gases than both the US and Europe combined.

As for the environment and sin, this is not the first time the Pope has referred to sins involving creation.

In his 2016 message for the celebration of World Day of Prayer for the Care of Creation, Pope Francis called on Catholics to go to confession for sins of not being respectful of creation, giving examples of examination of conscience such as “avoiding the use of plastic and paper,” “separating refuse” and “turning off unnecessary lights.”

He called on Catholics to have an “ecological conversion.”

Last month, the Pope published a book titled “Our Mother Earth,” a collection of his addresses, messages, and homilies where he stresses the protection of the environment.

Previous: Sister of Kim Jong-Un rises after he vanishes from public view
Next: Kansans create gridlock around Capitol, pressure governor to open economy