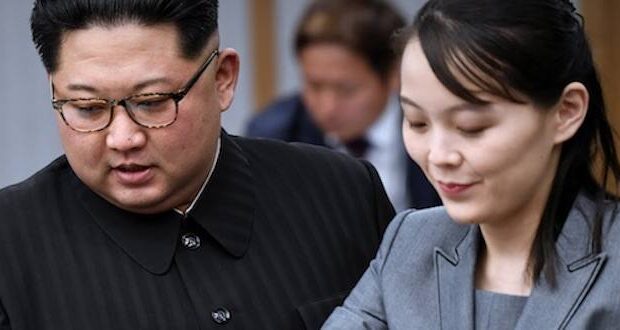 North Korean watchdog groups and media outlets are reporting on the possibility of Kim Yo-Jong, the sister of Kim Jong-Un, taking leadership role after the dictator has disappeared from public after recent surgery.

Those reports call into question Kim Jong-Un’s health. While government officials in the United States and South Korea emphasized such reports are unconfirmed, the disappearance follows similar circumstances after the death of his father.

Kim Yo-Jong, who accompanied Kim Jong-Un to his two summits with U.S. President Donald Trump, was reportedly reinstated to the party’s powerful politburo earlier this month, according to the state Korean Central News Agency, Geostrategy-Direct.com reported in its April 21 issue.

READ: North Korean pastor shared Jesus before he was murdered

The Daily NK earlier reported that Kim is said to be recovering from cardiovascular surgery at a local villa. The report also said Kim has been in poor health due to “heavy smoking, obesity and overwork,” according to a translated version of the Daily NK’s report, citing an unnamed source.

Citing sources from South Korea, U.S. and Japan, it has been reported that North Korea’s ruling Workers’ Party had made a decision late last year during a general assembly of the party’s central committee to focus “all authority” on sister Kim Yo-Jong if her brother became unable to rule due to unforeseen circumstances or his death. The Japanese report added that, since then, many instructions and statements have been issued in her name.

Last month, as the world was grappling with the coronavirus pandemic, Kim Yo-Jong made her first public statement. In it, she condemned South Korea as a “frightened dog barking” after Seoul protested against a live-fire military exercise by the North. It was thought at the time that the pandemic was sweeping North Korea because of its close contacts with Communist China.

Also in March, Kim Yo-Jong publicly praised Trump for sending Kim a letter in which Trump said he hoped to maintain good bilateral relations and offered help in dealing with the coronavirus pandemic. Trump has been credited with being the first US President to meet the North Korean Leader and to tamp down hostilities between the two nations. The work has earned Trump praise from world leaders, if not from American news outlets.

Geostrategy-Direct reported that the publication of political statements in Kim Yo-Jong’s name underlines her central role in the regime. Youngshik Bong, a research fellow at Yonsei University’s Institute for North Korean Studies in Seoul said: “It is revealing that Kim Jong-un permitted her to write and announce a scathing statement about South Korea in such a personal tone. He is clearly ready to allow his sister to become his alter ego.”

Kim Yo-Jong also has not escaped the attention of U.S. officials, who in 2017 placed her and other North Korean officials on a blacklist for “severe human rights abuses.”