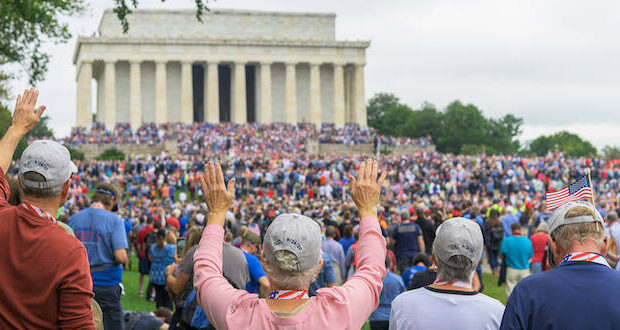 Thousands of Christians from across the nation gathered for prayer and rally at the National Mall in Washington D.C. on Saturday. Estimates put the number at anywhere between 10,000 and 20,000 people.

Vice President Mike Pence was joined by his wife Karen on stage with Evangelist Franklin Graham and many well-known Christian leaders for Prayer March 2020 in conjunction with a huge prayer gathering called “The Return.”

Graham, the president and CEO of the Billy Graham Evangelistic Association (BGEA) and Samaritan’s Purse, called on Christians to march and pray specifically for the nation.

The preacher, who is 68, said prayer is essential as the country is facing numerous challenges including nationwide protests, COVID-19, and the upcoming presidential election. He said in an interview this week that the event was all about people coming together to lift up the name of Jesus. 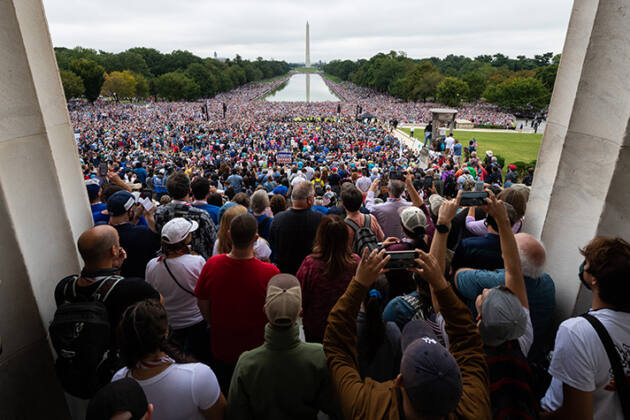 The march, which stretched from the Lincoln Memorial to the U.S. Capitol, was a picture of the diversity of American Christianity with black, white, Asian and Hispanic marchers moving in solemn unity, often linking arms. Some in the crowd said the event was a testament to a reality in the country that the news media is rarely interested in showing – that America is not as divided as the evening news or social media portrays.

HELP: Metro Voice is a small organization that needs your support to bring you this news

Both the march and rally had been scheduled over six months ago and unexpectedly occurred just hours before President Donald Trump announced the nomination of Judge Amy Coney Barrett to the Supreme Court.

Vice President Mike Pence, speaking from the steps of the memorial, said he came to extend the President’s “greetings and gratitude” and asked them to pray for the new Supreme Court nominee. 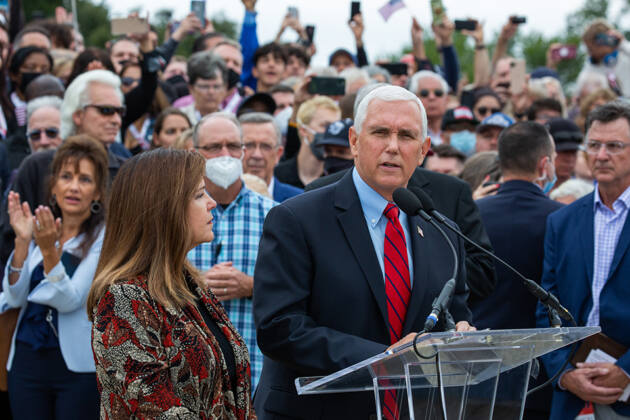 He also emphasized that America has always turned to prayer in times of trouble.

“Today, at this Washington Prayer March you continue a great American tradition. Since the founding of our nation, our leaders and our people have gone to prayer in challenging times,” Pence said.

“Abraham Lincoln, before whose monument we stand today, said during his time in the White House, I have been driven many times to my knees by the overwhelming conviction that I had nowhere else to go. And President Donald Trump has observed many times that America is a nation of believers,” Pence said. “So on the president’s behalf, I want to say thank you for your prayers.”

“When the president and I travel around the country, the sweetest words we ever hear—and we hear them a lot—is when people reach out and simply say, ‘I’m praying for you,’” he added. “And so we want to urge you on. Pray for all of those with public responsibilities in the executive branch. Pray for all of the members of the Congress of the United States. Pray for all of our justices on the Supreme Court, including the remarkable woman that the president will nominate to fill the seat.”

Pence also noted that he has a son serving in the U.S. Marines and asked for prayer for members of the military as well as law enforcement officers.

Attendees at the prayer rally said that they traveled to Washington from other states, including Florida and Ohio, to participate in the march.

“It’s great for the country. We’re at a point in the country where division is ripping apart the nation, and we feel it’s time for God to help bring the nation together,” one said. 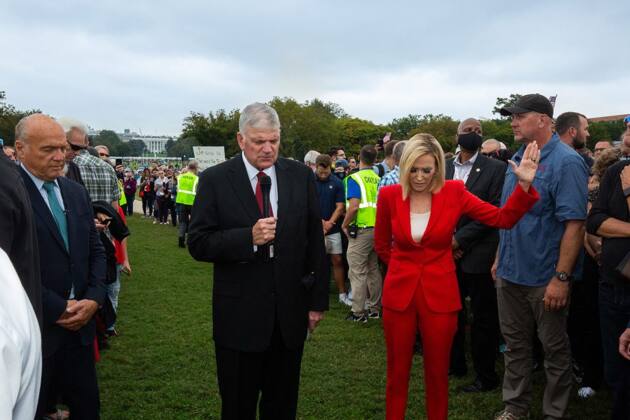 Graham prayed for people who work at the U.S. Capitol, for religious freedom in America and abroad, and “for racial reconciliation in our country, and for healing of the divisiveness we’re experiencing,” among other topics.

“Let’s exalt the name of Jesus Christ. Let’s call upon the name of Almighty God. Repent of our sins and ask God to heal our land. And that he would work in the hearts of our politicians,” Graham said.

“We see that as a nation we have turned our back on God,” Graham noted. “We’ve taken God out of school. We’ve taken him out of government. We’ve taken him out of public life. And we need to put God back in these areas. We need God’s help. Only God can heal our land and bring us together. And so, this is a march to show unity, but more importantly, to lock arms and for all of us to pray by marching. We’re all doing this together. It’s not that I am more important than somebody else, I’m not. Our prayers are equal before God. We’re just going to go and pray and ask for God’s help.”