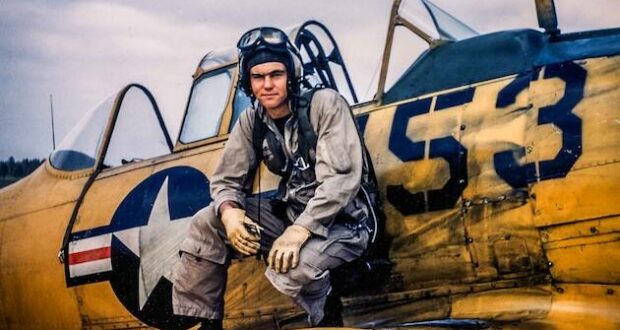 The movie “Top Gun: Maverick” is shattering box-office records this summer. The man who founded the real-life Top Gun school gives credit to God for his success.

“When I look back at how we pulled it together, it’s clear to me that the acting hand was far mightier than my own,” Dan Pedersen wrote in his book. “I prayed for the gift of discernment to make it work.”

The story began in 1956 when Pedersen began flying for the Navy. He soon found himself based off the West Coast with other young pilots, ready to intercept Soviet bombers. But then the Vietnam War began, and suddenly the Navy began losing its best pilots in what it had long prided itself on: air-to-air combat. 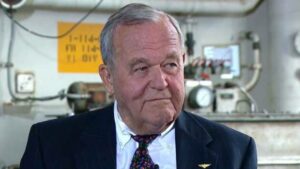 In 1967 and wearing his iconic Ray-Ban sunglasses, Pedersen was flying off the USS Enterprise off the Vietnam coast. In just four months, his air group lost 13 men. “You’d go to dinner at night and there are empty chairs at the table,” he said.

A study of the Navy’s air-to-air missile systems from 1965 to 1968, known as the Ault Report, revealed the depth of the Navy’s problems. The report prescribed a series of remedies for the Navy, including the establishment of a graduate school to rapidly retrain its pilots in the lost art of aerial combat, also known as dogfighting.

In early 1969, a Navy captain asked Pedersen, a flight instructor at the Naval Air Station in Miramar, Calif., to found and lead the school. He offered him no funding, no mechanics or planes of their own, and a tight deadline. “I said ‘how much time I got?’’” he said. “He said ‘somewhere over 60 days, 90 days to have the first class convened.’ I said, ‘you’ve got to be kidding me.'”

Pedersen selected eight of the finest pilots at Miramar who would teach a new generation how to dog fight all over again and push their planes to the limit. The “Original Bros,” as they became known, would work day and night for 60 days to prepare for that first class with the understanding that lives were at stake. The practical and finely tuned curriculum, taught by instructors who understood mechanics, the tactics of the enemy and need for innovation, would make all the difference.

Today, the Navy credits the Ault Report and what’s become known as the Top Gun school for the dramatic improvement in air-to-air combat performance. The Top Gun school continues to take just the top 1 percent of the Navy’s fighter pilots and train them to train others. It also has trained pilots from American allies like Israel.

In 2919 Pedersen authored the best-selling book, “Top Gun, An American Story” which is still popular today.

The school succeeded, he says, because he believed God was his “co-pilot.”

“What matters is the man, not the machine. . . A good pilot should have a strong family background with a patriotic mindset and a self-starting work ethic,” he says. “He should believe in something greater than himself while remaining self-reliant and confident without being overbearing. (Some ego is necessary—I wouldn’t want a soul filled with doubt flying my wing.) An athletic background helps, because when properly coached at the right age, youngsters learn trust, teamwork, and goal setting. They’ll need all those things in the air.”

Previous: Why T-Mobile is feuding with Christian colleges
Next: Republicans trounce Democrats in Congressional baseball game