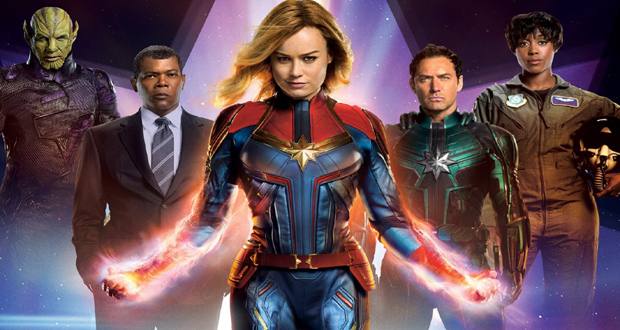 My seven-year-old daughter won’t get to watch the newest superhero movie, Captain Marvel. There’s too much violence. And a bit too much language. It deserves its PG-13 rating.

But that doesn’t mean I didn’t think about her while watching Captain Marvel this week.

That’s because this newest film in the Marvel franchise gives us something that’s been lacking in so many blockbusters: A lead female character who isn’t sexualized, who isn’t objectified, and who isn’t judged based solely on her looks. The camera doesn’t ogle her figure. It spotlights her talents.

In fact, sex and romance aren’t even a sub-plot in Captain Marvel. This superhero doesn’t have eyes for anyone. She’s too busy battling the bad guys.

She has other role model-like qualities, too. She’s courageous. She’s caring. She’s selfless. She battles evil with integrity. She stands for what’s right.

In other words, she’s the type of superhero you wouldn’t mind your daughter emulating when she and her friends are dressing up and playing make-believe.

Thankfully, the movie’s plot is pretty good, too.

Captain Marvel follows a woman named Vers (played by Brie Larson) from the planet Hala who crash lands on Earth in search of her race’s long-time nemesis: the shape-changing Skrulls. There could be a dozen or more of these lizard-faced creatures on the loose, and it’s going to be difficult finding them. That’s because they have chameleon-like qualities and can appear as anything: an elderly woman, a middle-aged man, even a baby.

The Skrulls — we’re told — are trying to take over the galaxy, and Vers and her Kree people are out to stop them.

But something strange happens during Vers’ journey on our planet. She bumps into people who know her. They say she disappeared, long ago, and was presumed dead. They then surprise her with another shocker: He name isn’t Vers. It’s Carol Danvers.

The film is set in 1995 — get ready for a trip down memory lane — and is a prequel to the Avengers films. This means we learn the origins of a host of Marvel factoids. (Such as: Why does Nick Fury of S.H.I.E.L.D fame wear an eyepatch?)

Vers/Carol Danvers isn’t the only new character in the film. A hilarious cat named Goose also makes an entrance.

The violence in Captain Marvel is average for a superhero film, but it’s less than that of the Avengers series and Black Panther. That’s the good news. The bad news for families: There are about 16 coarse words (details below).

I can’t recommend Captain Marvel for young children. But for older, mature ones, it’s a lot of fun.

Rated PG-13 for sequences of sci-fi violence and action, and brief suggestive language. 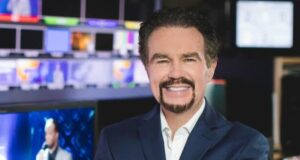