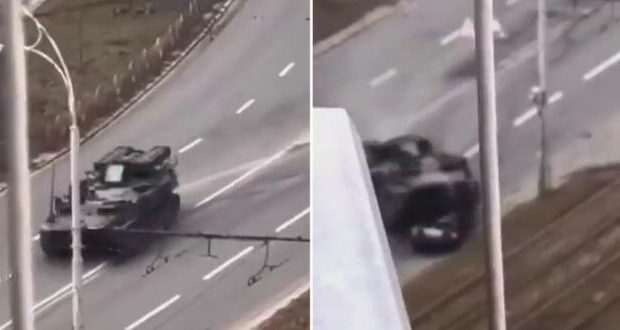 A viral video shows a Russian tank running over a Ukrainian car.

The elderly man driving the car somehow survived after being targeted by the tank.

The terrifying footage, shot from nearby buildings in Kyiv’s Obolon district, shows the tank swerve to run over the car as those filming scream.

The tank then reverses back over the vehicle as the women filming the scene scream in horror.

Video later emerged of a group of people trying to free the man, who looked to be conscious, from the vehicle. 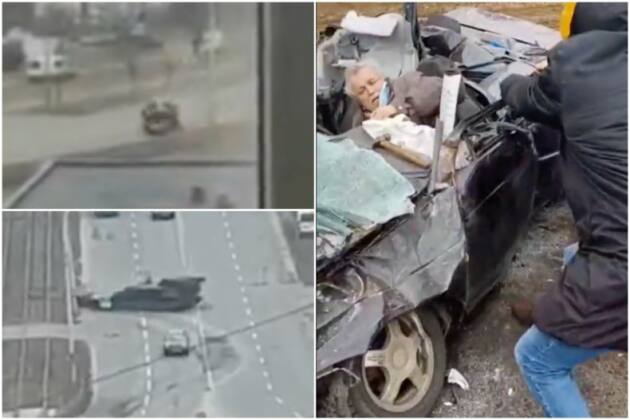 People could be seen hammering at the door and trying to lever it open.

The video comes as Kyiv’s residents prepare to hand-to-hand combat while children and elderly are sheltered in the city’s extensive subway system and bunkers. Russian forces have reportedly entered the city’s suburbs. 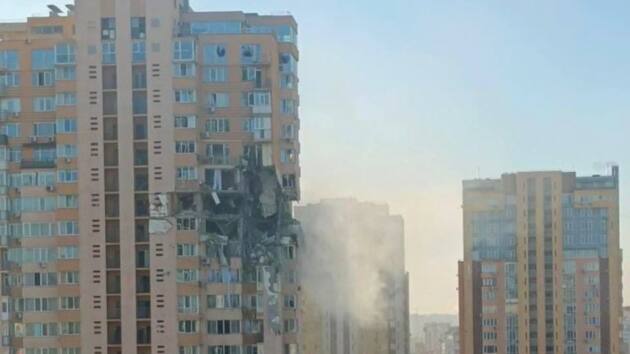 The city of nearly three million is being rocked by the sound of tanks, gunfire, and explosions with video Saturday morning showing extensive damage to skyscrapers, apartment blocks government building.

In interviews Thursday night, Ukrainian citizens criticized President Joe Biden for abandoning the country. The U.S. and Britain have a treaty with Ukraine that guarantees Ukraine would be defended against a Russian invasion. The 1994 treaty was signed by Bill Clinton and approved by Congress.

It is the second time a Democratic administration has ignored the treaty. The first time was Russia’s 2014 invasion which killed thousands and shaved off large portions of Ukrainian territory.