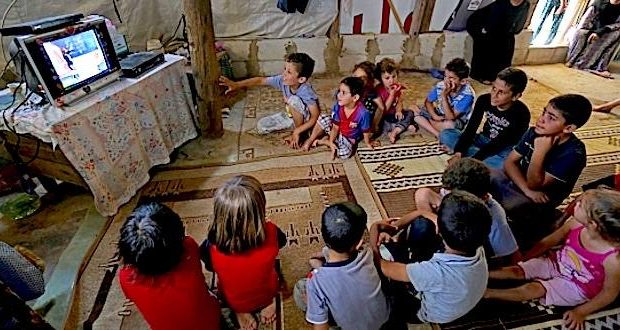 Are you ready to make a difference in the lives of millions of people persecuted for their faith? Christians across the world will “Dare to Dream” as they intercede for the Middle East and North Africa (MENA) during the SAT-7 Week of Prayer October 20 – 27, 2019.

Numerous Christians in the MENA risk prison and their lives daily for the Gospel. Twenty-two million children in the region are currently in danger of missing out on an education. War and conflict have forced millions of people to leave their beloved cities and countries while others are left behind and struggle within the ruins.

The believer who faces constant pressure from his or her surroundings can feel overwhelmed, alone, and even question the goodness of God. The cost of following Jesus in the region is high – some having sacrificed their lives for the sake of Christ.

Even after extremists forced them out and took their homes, Syrian Christians had the courage to declare their faith in God and start over in new host countries. When attackers bombed churches and targeted a busload of Christians in Egypt, believers still showed up to fill the pews on Sundays. Despite increasing pressure and surveillance in Iran, the house church movement maintains its incredible momentum.

Yet despite the odds, Christians in the region look ahead to building futures for their families. They seek God’s will and await the fulfillment of His promises in Scripture.

They press on because the spiritual battle is already won – Christians across the Middle East and North Africa walk victoriously in Christ. 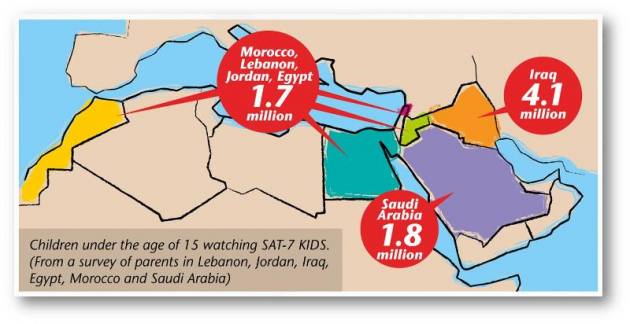 Sat-7 is a satellite television service offering Christian programming, news and children’s shows in Arabic and other languages in this region known as “MENA.” Muslim and other viewers often reach out to the station with questions, requests for prayer and discipleship and pleas for help.

For the ministry it can be daunting with the tremendous need and suffering across the region. For that reason, SAT7 has organized a yearly week of prayer that encourages believers around the world to pray for Christians and others in this MENA area of the world and the great impact SAT7 is having in the region.

Come alongside them as one Body of Christ

The prayer week this year runs from Oct. 20-27 with the theme being “Dare to Dream.” Despite conflicts, turmoil, and persecution, Christians have kept faithful for centuries in the MENA. Your prayers will encourage and inspire believers in the region to stay faithful to Christ.

We are daring to dream with them for: freedom, education, peace, equality, unity, family, restoration and the Church.

Many believers in North Africa and the Middle East are isolated from the Church. Although Christianity originated in the MENA, only 3.5 percent of the region remains Christian. Without a church, believers yearn for fellowship and trustworthy teaching.

While changing channels, I came to yours. I started watching it and wanted to write you. Maybe you can help me learn more about Christ? Also, could you please guide me to someone that I could talk to here? I would be so glad. There aren’t many churches here, so I really appreciate your help.”
–Berk from Turkey

Your prayers and their new-found feeling of connection to other Christians around the world is giving believers hope.

Join Metro Voice as we share the grace and joy God has given us. Be a part of this incredible witness by interceding in prayer on their behalf, during the SAT-7 Week of Prayer from November 4 – 11.

Previous: Andrew Brunson says ‘It was a fight for my faith’ in Turkey
Next: 5 ways to show you appreciate your pastor