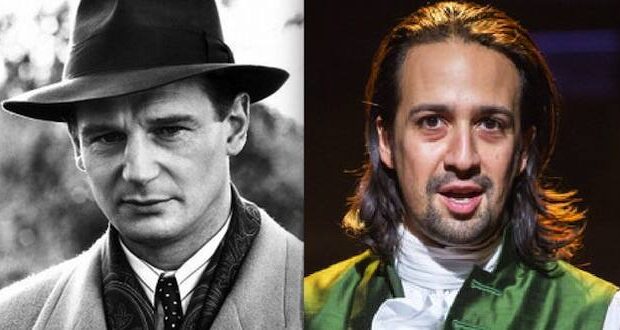 His name is Alexander Hamilton, and he’s one of the smartest people in Colonial America you’ll ever meet.

He’s also confident (even cocky), determined (perhaps even a workaholic) and ahead of his time (he opposed slavery).

The rest of the world knows him best as the man on the $10 bill, but in the musical Hamilton — now on Disney Plus — viewers get to know the man who served as George Washington’s aide in the Revolutionary War, supported passage of the Constitution by co-authoring the Federalist Papers, and transformed the nation’s economy as our first Secretary of the Treasury.

The musical, which won 11 Tony Awards, is a combination of R&B, pop and traditional Broadway tunes. It’s also one of the most creative, entertaining and educational Broadway productions you’ll ever experience. (That is, if you can overlook the PG-13 content — more on that in a moment.)

READ: Our full review of Hamilton

You get to watch Hamilton and Thomas Jefferson — political enemies — engage in a “rap battle” over U.S. involvement in European affairs.

You get to see Hamilton and Aaron Burr sing a duet about their desire to be better fathers.

You also get to watch our Founding Fathers dance across the stage as they take part in low-down political shenanigans that makes you realize: American politics has long been dirty.

Lin-Manuel Miranda, who wrote Hamilton and stars in the lead role, calls it the “story about America then, told by America now.” This means you have a diverse cast, including black actors playing white characters, such as Jefferson.

“We want to eliminate any distance between a contemporary audience and this story,” Miranda told The Atlantic in 2015.

Hamilton is an inspiring tale that includes life lessons about hard work (Hamilton was born out of wedlock, and his father later abandoned him), the benefits of compromise (Hamilton learns not to be so stubborn), and family (Hamilton wanted to raise his children in a better environment than he had).

It also includes warnings about anger and ego (he died in a duel with Burr) and lust (an affair ruined his political career).

Alas, Hamilton isn’t kid-friendly. It includes more than 40 coarse words (all sung or rapped) and a couple of sexually suggestive scenes. (Clothes stay on, but the on-stage antics and the lyrics tell us what happened.)

It’s rated PG-13 for language and some suggestive material.

Schindler’s List (Netflix) — German businessman Oscar Schindler learns of Hitler’s horrors and works to save as many Jews as possible. It won seven Oscars. Rated R for language, some sexuality and actuality violence. It began streaming July 1. It is noted as one of the best films of the 20th Century.

Pride & Prejudice (Netflix) — It’s the 2005 version of Jane Austen’s famous novel, which follows the story of five sisters who are trying to save their estate after their father dies. Rated PG for some mild thematic elements. July 16.

March of the Penguins (Hulu) — This 2005 award-winning documentary about emperor penguins is kid-friendly — but is so good that mom and dad should watch, too. Morgan Freeman narrates. Rated G. July 1.

Charlotte’s Web (Netflix) — This 2006 live-action film follows the unlikely friendship between a spider named Charlotte and a young pig she’s trying to save. It’s a classic tale about friendship and sacrifice. Rated G. July 1.

Pirates Who Don’t Do Anything: A VeggieTales Movie (Netflix) — Three lazy pirates — Elliot, Sedgewick and George — get transported back to the 1600s and learn about hard work. Rated G. July 30.

Megamind (Prime) — An evil villain (Megamind) learns that being bad isn’t as fulfilling as he envisioned. It’s an animated film with parallels to Despicable Me. Rated PG for action and some language. July 1.

–Michael Foust has covered the intersection of faith and entertainment for more than 15 years. He is the husband of a wife, Julie, and the father of four small children.

Not interested in streaming? You can own these movies today. Metro Voice is an Amazon Affiliate. Even when you don’t purchase these items, just visiting Amazon helps support our efforts.