Home / Entertainment / Slugs and bugs and kids and faith 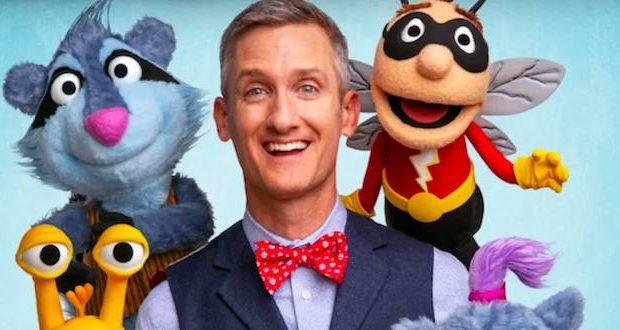 Slugs and bugs and kids and faith 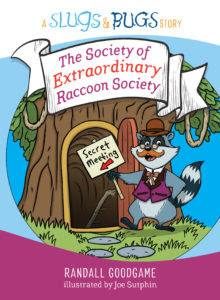 Goodgame has released four critically-acclaimed Slugs & Bugs children’s albums in the past 12 years, with Christian media outlets describing the brand as “…the greatest thing to happen to children’s music in a generation.”

Goodgame has received multiple Dove Award nominations and rave reviews from families all over the world that love his scripturally-based, witty and unique music.

The singer and author says he designed the books, released through B&H Kids, so that old and new friends of Slugs & Bugs alike can enjoy its witty world and biblical wisdom through books, even when the music isn’t playing. In May, B&H Kids released the first Slugs & Bugs books, “Who Will Play with Me?” and “Are We Still Friends?.”

Behind the scenes with Slugs and Bugs

The books are designed to get kids ages 4 to 8 laughing while teaching them scriptural truths, using few words with visually engaging storytelling. The Society of Extraordinary Racoon Society (“SOERS”) are favorite characters from the Slugs & Bugs songs, and these new picture books explore their world and their fun message about giving.

“For families raising kids to know and love Jesus, ‘The Society of Extraordinary Raccoon Society looks an awful lot like the church family. Before the SOERS, our raccoons are thieves, and slaves to their most base instincts. The SOERS provide a loving, wise, and safe place for Morty and Maggie to grow into something more,” Goodgame said. “Additionally, these books mirror relationships and temptations kids can relate to. And long-time fans may enjoy the glimpse into the whimsical underground world of reforming raccoons.”

Music video from Slugs and Bugs:

He is also a frequent collaborator with singer-songwriter Andrew Peterson, working on the 2006 music album, “Slugs & Bugs & Lullabies.” From this album, the song, “You Can Always Come Home,” was featured on the Veggie Tales’ “The Wonderful Wizard of Ha’s” (2007).

In October, “The Slugs & Bugs Show” premiered on home video and streaming RightNow Media, with each episode showcasing joyful stories, memorable musical moments and a colorful cast of characters who journey through life together, grounded in biblical principles.

“I’m not sure if there is anything more exciting than hearing your own children sing the Bible,” said Devin Maddox, B&H trade book publisher. “In my family, Slugs & Bugs has been a huge part of my children’s spiritual formation, which is part of the reason I am so proud of LifeWay’s partnership with Randell and the whole gang.”

Previous: YouTube is how millions are seeing The Bible Project videos, and it’s amazing
Next: Media outlets question apparent censorship of name involved in whistleblower case