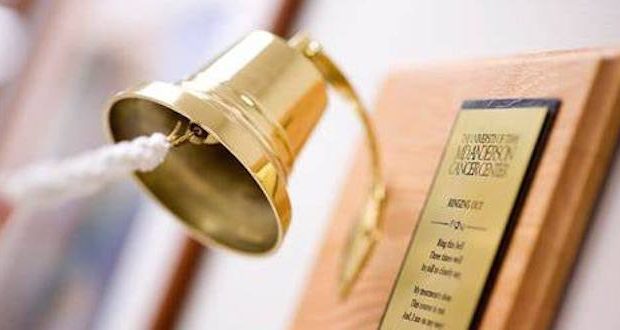 We’ve all seen the commercials. A cancer patient rings a bell, triumphantly proclaiming they’ve “beat” cancer. But is that celebratory moment doing more harm than good?

Since 1996, the practice has become a staple of cancer clinics around the world. According to a 2018 report, in 51 out of 62 National Cancer Institute-designated cancer centers, ringing the cancer bell is a routine practice. This ritual is intended to be a symbolic culmination of the patient’s journey, signifying their triumph over the deadly disease. However, a new study is calling the practice into question after discovering that bell ringing often does more harm than good for recovering cancer patients.

In all, 200 cancer patients were surveyed for the research project, half of whom had rang the bell at the end of their treatment, while the other half had not. Those who had rang the bell reported looking back on their time in-treatment much more negatively than recovering patients who hadn’t been given a celebratory bell ringing. It appears the bell-ringing ceremony causes many patients to look back on their treatment as more distressful.

Even lead investigator Dr. Patrick A. Williams, a radiation oncologist who conducted the study while completing his residency at the Keck School of Medicine at the University of Southern California in Los Angeles, was surprised by what patients told him. “We expected the bell to improve the memory of treatment distress, but in fact, the opposite occurred. Ringing the bell actually made the memory of treatment worse, and those memories grew even more pronounced as time passed,” Dr. Williams comments in a release.

“We think this is because ringing the bell creates a ‘flashbulb event’ in a patient’s life – that is, a vivid snapshot of their memories from that time,” he explains. “Rather than locking in the good feelings that come with completing treatment, however, ringing the bell appears to lock in the stressful feelings associated with being treated for cancer.”

Important events or experiences often become more deeply embedded in one’s memory if emotions happen to be aroused. On a neurological level, this can be explained by intricate and closely related connections in the human mind between memory and emotion.

Besides just these findings, health advocates have raised concerns about the bell ringing practice in the past in reference to other patients in cancer facilities. The sobering reality is that many cancer patients will never get the chance to ring a celebratory bell or get to say they beat the disease. Constantly hearing other people celebrate their remission is bound to take a mental toll.

“If I ran a cancer clinic, there would be no bell in the infusion area,” comments Katherine O’Brien, a patient with stage IV cancer and a Metastatic Breast Cancer Network advocate. “How would YOU like to be there week after week in perpetuity attached to an IV pole as others celebrate their final appointments?”

In a recent essay, Katherine O’Brien, a patient with stage IV breast cancer from Chicago, has advice for cancer centers: Get rid of the bells in suites that give chemo infusions, or IVs.

“If I ran a cancer clinic, there would be no bell in the infusion area. I don’t care if ‘everyone is invited to ring it.’ How would YOU like to be there week after week in perpetuity attached to an IV pole as others celebrate their final appointments?” she writes.

“I am not saying it’s wrong to celebrate the end of treatment,” O’Brien says. “I am saying it’s insensitive to have a dance party in the infusion suite in front of other patients who will be reporting for chemo for the rest of their lives. Why not quietly hand out certificates of completion?”

On top of all that, this study’s authors also brought up the problem of the bell sometimes bringing about false hope in recovering patients. It’s fairly common for cancer to reoccur in patients who were told just a few months prior they had completely beaten the disease.

“Many patients I’ve spoken with mention a lingering fear of recurrence that may impact their memory of treatment,” Dr. Williams says.

All in all, Dr. Williams says he isn’t prepared quite yet to call for an outright ban on cancer bells, but he does believe treatment centers should start considering some alternatives. A few of his own suggestions included ringing a bell at the beginning of treatment instead, or a subtle certificate being presented to cancer survivors in a private ceremony away from other patients in the treatment clinic.

“The important thing is not to stir emotions at the end of treatment,” he concludes. “Some people have small gifts or certificates of completion to mark the end. I think these are okay because they do not arouse emotions in the same way that ringing a bell to a crowd of applauding people does.”

The study is published in the International Journal of Radiation Oncology * Biology * Physics.

Previous: Time for a baggage check
Next: Can’t ‘hold it in’: Kenyan tribal chief brings Christ to his people, again