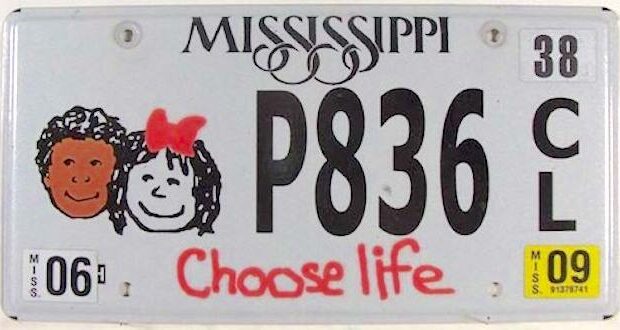 Prolife groups are applauding an announcement that the U.S. Supreme Court will hear a case involving a Mississippi law that bans most abortions after 15 weeks of pregnancy.

The justices, in a 17-word order, said they would limit the scope of the case to one question: Are all laws restricting pre-viability abortions unconstitutional? It’s a monumental legal question that strikes at the heart of the court’s abortion precedents. Lower courts overturned the law as unconstitutional, saying it violates the 1973 Roe v. Wade decision legalizing abortion nationwide.

It could be the biggest abortion case since the 1992 Planned Parenthood v. Casey decision, in which the justices upheld Roe. The last time the court considered a major restriction on abortion itself was the 2007 Gonzales v. Carhart ruling when the high court upheld a federal ban on partial-birth abortion. That 2007 case, though, involved only a single abortion procedure. The Mississippi law goes much further in protecting unborn life.

Enacted in 2018, the Mississippi law prohibits abortion after 15 weeks’ gestational age, with exceptions for medical emergencies and fetal abnormality. If upheld, it perhaps would be the biggest-ever pro-life victory at the Supreme Court and open the door for other states to pass similar laws. It will be the first major abortion case under the court’s 6-3 conservative majority and with Justice Amy Coney Barrett on the court.

Pro-life activists said the case presents an opportunity to correct past decisions.

“The Supreme Court never had the right to permit the killing of the 60-plus million children since Roe v Wade, but they did it anyway,” Lila Rose of Live Action tweeted. “May these new justices rectify the horrific injustice of their predecessors.”

“This is a landmark opportunity for the Supreme Court to recognize the right of states to protect unborn children from the horrors of painful late-term abortions,” said Marjorie Dannenfelser, president of Susan B. Anthony List. “Across the nation, state lawmakers acting on the will of the people have introduced 536 pro-life bills aimed at humanizing our laws and challenging the radical status quo imposed by Roe. It is time for the Supreme Court to catch up to scientific reality and the resulting consensus of the American people as expressed in elections and policy.”

“Every human life is valuable, and Mississippi’s law is a commonsense step toward protecting unborn children and their mothers from the harms of late-term abortion,”  senior counsel Denise Harle said. “The law protects the life of a baby who can already move around and kick in her mom’s womb — a child who has a heartbeat, can taste what her mom eats and can experience pain. And the law also protects women, since late-term abortions grow increasingly dangerous to the mother’s health. Women and their children both deserve real health care; that’s why we’re glad the Supreme Court has decided to take up this matter.”