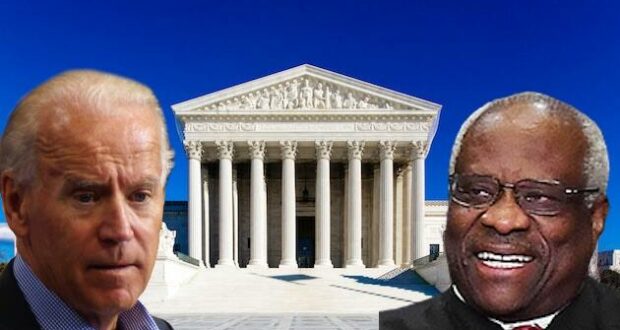 In a surprise unanimous decision, the U.S. Supreme Court has rejected Biden administration arguments that police can conduct warrantless searches of homes to seize guns.

READ: Governors push back against Biden moves on legally-owned guns

Police are prevented by the Constitution in most cases from conducting searches of private property without consent or a warrant. The Biden administration argued that, in the pursuit of guns, police should not be constrained.

In Cady v. Dombrowski the Supreme Court held in 1973 that police may conduct warrantless searches related to “community caretaking functions,” but only for “vehicle accidents.” Since then, the principle has become “a catchall for a wide range of responsibilities that police officers must discharge aside from their criminal enforcement activities,” the 1st Circuit Court of Appeals stated in the Caniglia case.

Edward Caniglia had no criminal history and no record of violence. He had been married to his wife for 22 years when, on Aug. 20, 2015, they had a disagreement inside their Cranston, Rhode Island, home.

The argument escalated. He produced an unloaded gun and told his wife, “Why don’t you just shoot me and get me out of my misery?”

His wife then called police to conduct a welfare check. The husband went to a local hospital briefly after police assured him they wouldn’t take his two handguns. After he left, they unlawfully seized his guns without a warrant, telling the wife his life and others could be in danger if they left the guns in the home. The police refused to return the weapons and Caniglia sued, arguing the community caretaking exception should not apply inside “the home–the most protected of all private spaces.”

“The question today is whether Cady’s acknowledgment of these ‘caretaking’ duties creates a standalone doctrine that justifies warrantless searches and seizures in the home,” Thomas wrote.

Thomas wrote that the federal district court ruled in favor of the police and the 1st Circuit expanded on this, stating that police “often have noncriminal reasons to interact with motorists” on public highways. The appeals court “extrapolated” from the Cady ruling “a freestanding community-caretaking exception that applies to both cars and homes.”

The appeals court’s community caretaking rule “goes beyond anything this Court has recognized,” Thomas wrote.

It was a rare instance on the gun rights issue where all nine justices, both liberal and conservative, ruled against government overreach and the erosion of constitutional rights.