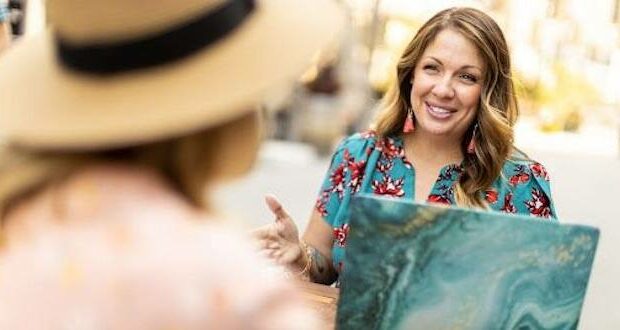 The legal battle over the free speech rights of Christian businesses continues in the U.S. Supreme Court today.

The court will hear oral arguments in a case in which a Colorado graphic designer is challenging her state’s antidiscrimination law because she wants to provide services to create wedding websites but does not want to have to do them for gay weddings because of her biblical beliefs.

The law, known as the Colorado Anti-Discrimination Act (CADA), prohibits businesses providing sales or services to the public from denying services to someone based on their identity. Lorie Smith, owner of 303 Creative, said she will work with anyone including the LGBTQ community, but not for the specific purpose of homosexual weddings.

“After I started my own design studio, I wanted to expand my portfolio to custom create art and websites to tell stories about weddings, but Colorado made it clear I wasn’t welcome in that space,” she said. “Colorado officials are censoring my speech and forcing me to speak messages about marriage that are inconsistent with my beliefs — the core of who I am.”

Going into the case, Smith had not started offering wedding-related services to anyone, but she wants to and is challenging Colorado’s law out of concern that it will be used to dictate what she can or cannot create. She also said she wants to publish a statement on her business’s website explaining that she will only create messages that are consistent with her religious beliefs.

“I think it’s important for people to understand that I love and welcome the opportunity to work with all people,” she said. “My case has never been about choosing which client to work with but about choosing the message that I’m being asked to promote.”

Although the basis for Smith’s legal challenge stems from her religious beliefs which are tied to the Bible’s teachings on homosexuality and marriage, the Supreme Court will not be looking at it through the lens of religious freedom. Instead, the justices will be examining the free speech issues involved in a state law that Smith said would compel speech by forcing her to create sites that she does not want to and would prohibit posting the statement about her religious views.

“My faith journey began after I lost my uncle, who was like a father to me, to a tragic accident,” she said. “I couldn’t understand why bad things could happen to good people, so I set out on a journey to try to disprove the existence of God.”

Instead, she said, she found God.

“I attended church regularly to equip my arsenal of evidence against him,” she said. “But God had other plans, and it was through this process that he brought me to faith, and that changed my entire life. Now, everything I do or say and how I love other people, I do for his glory.”

According to Smith, her case has only drawn her closer to God, she told the National Catholic Register.

“As I’ve navigated the highs and lows of the past six years of litigation, including death threats, hate mail, and even having my home address posted on social media, I have grown much in my faith,” she said.

The Biden administration, in a brief supporting CADA, said Supreme Court precedent protects LGBTQ customers, because a 2020 ruling said the 1964 Civil Rights Act protects LGBTQ+ employees from discrimination based on sex. Lower courts have upheld CADA, saying the state has compelling reasons to protect the “dignity interests” of marginalized groups.

Colorado has a record of suing Christians who, because of their biblical beliefs, choose not to create things like wedding cakes for homosexual weddings.

Previous: What We Have Learned about Censorship and Suppression of Speech in ‘Free’ America
Next: Eureka Springs backs down, will not force removal of nativity from city park