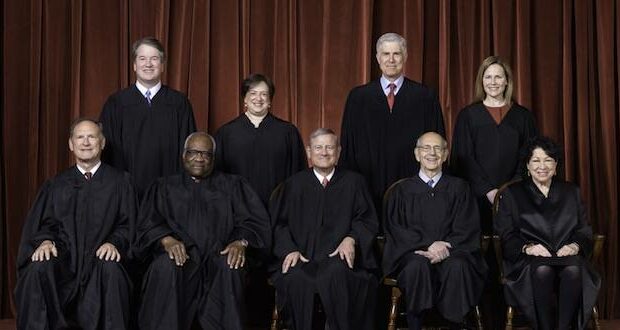 Religious rights advocates are continuing to praise a rare unanimous U.S. Supreme Court which ruled on behalf of a Catholic foster care agency.

Catholic Social Services of Philadelphia said its religious views keep it from screening same-sex couples as foster parents. The agency, with a long history of placing foster children, said it shouldn’t be blocked from its work because of those views which are based on Biblical principles. Philadelphia countered that all of its foster care agencies are required not to discriminate on the basis of sexual orientation.

WE NEED YOU! Donate $1 to Metro Voice

The Catholic agency “seeks only an accommodation that will allow it to continue serving the children of Philadelphia in a manner consistent with its religious beliefs; it does not seek to impose those beliefs on anyone else,” Chief Justice John Roberts wrote for the court. “The refusal of Philadelphia to contract with CSS for the provision of foster care services unless it agrees to certify same-sex couples as foster parents… violates the First Amendment.”

Because the case was considered among the most contentious on the court’s June docket, most observers assumed the justices would split along ideological lines. But the decision ultimately came both earlier than expected and with less division. The court’s three liberal members — Associate Justices Stephen Breyer, Sonia Sotomayor and Elena Kagan — all joined Roberts’ opinion.

“It is striking, and telling, that the court’s more liberal justices joined the court’s decision,” said Richard Garnett, director of the University of Notre Dame law school program on church, state and society. “Today’s ruling illustrates that respect for religious freedom should not be a partisan or left-right issue.”

Roberts kept the opinion narrower than many conservatives had hoped. Religious freedom advocates believed the Philadelphia case would give the justices a vehicle to overturn a controversial 1990 decision in which the court held that governments may impose restrictions that affect a religious entity as long as those restrictions are “generally applicable.” Generally, applicable laws are those applied equally to religious and secular activities.

“It’s a beautiful day when the highest court in the land protects foster moms and the 200-year-old religious ministry that supports them,” said Lori Windham, senior counsel at Becket, a nonprofit law firm that represents litigants fighting for religious groups.

Previous: Mark and Patricia McCloskey plead guilty to misdemeanor over guns
Next: Media spotlight was on future of Southern Baptists last week