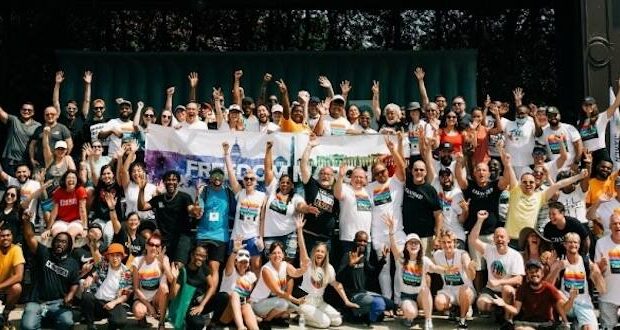 Formerly LGBT-identifying men and women celebrate freedom in Jesus Christ at the Sylvan Theater in Washington, D.C., at the Freedom March on June 5, 2021. | Bree Stevens

Around 200 men and women who once identified with the LGBT community shared their stories at a Washington, D.C., rally during Pride Month. With many sporting T-shirts decorated with rainbow flags and the words “Rainbow Revival,” march participants are speaking out about the transforming power of Jesus.

Angel Colon, who miraculously survived after Omar Mateen shot him several times at the Pulse Nightclub mass shooting in Orlando in June 2016, said the “rainbow revival” is a sign of God’s covenant.

Freedom March co-founder Jeffrey McCall said he noticed an uptick in emails he received from people wishing to leave the LGBT life and identity behind last summer. He was especially encouraged to hear pastor Kent Christmas of Regeneration-Nashville speak prophetically at The Return intercessory prayer event in September that the Lord would bring healing and salvation to the LGBT community. That increase in correspondence “has never stopped since last summer,” McCall said.

“We are getting more emails, more people reaching out and wanting help than we’ve ever had in the past three years,” he said. He believes that the church is at the beginning stage of reaching out effectively to LGBT individuals with the transformational power of life in Christ.

In some church environments in the 1980s, including the one Drew Berryessa was raised in, how homosexuality was treated was harsh and condemning. Not knowing what to do with his struggle with same-sex attraction, the Medford, Ore.-based pastor who leads A Living Letter Ministries shared from the stage how he consistently felt disqualified from God’s love.

“In 20 years of ministry to the LGBT community, I know there are many people that they were Christians, that they loved Jesus in their childhood, but they just felt disqualified from His love and grace and redemption because of what they experienced,” he said. “And I’m here to say — and I know that we all are — that the blood of Jesus speaks a better word. We are qualified for his redemption and grace.”

Those who took part in the event felt they were “touched by who we believe is the Physician, Jesus Christ,” says Kim Zember, a Freedom March board member.

“He transforms our lives, not forcing us, not changing us because we have to,” she said. “[It’s] not a doctrine or certain church teaching, but because Christ Himself has encountered each one of us and we want to share that, not only the transformation He has brought to our lives but [it’s] continuing as well.”

She believes that in order for churches to truly reach out to the LGBT population, they must grow in humility and recognize that they “are broken as well and allow Jesus to mend our own brokenness.”

The church must be “willing to be transparent with others struggling about (their) own battles and share about Jesus who is (the) only hope for complete healing,” she adds.

Although the Equality Act appears to be stalling in the U.S. Senate, men and women with the CHANGED movement spent part of Friday speaking with congressional staffers about their concerns with the pending legislation. The movement is a cohort of formerly LGBT-identifying people who have publicly declared their testimonies of restoration through Jesus.

The legislation would codify discrimination protections based on sexual orientation and gender identity into federal law. The bill passed the Democratic-controlled House and is supported by President Joe Biden. 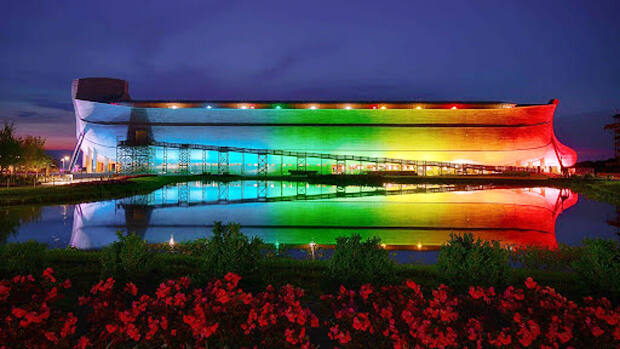 In 2017, the Ark Encounter theme park began to light the massive ark at night in rainbow colors, in an effort to “reclaim” the rainbow symbol as a reminder of God’s covenant with Noah.