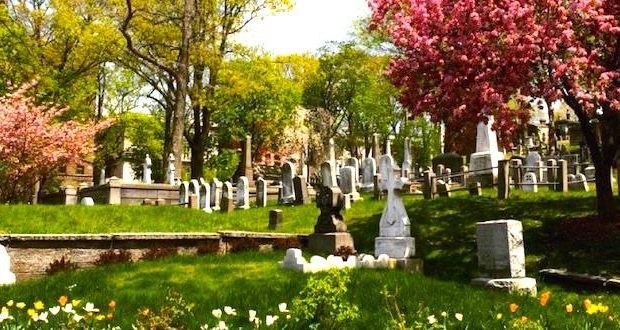 The big debate: is cremation Christian?

Preference for cremation in the United States has risen dramatically in recent decades but the historical trend is even more startling. Just over 150 years ago there were less than 45 cremations in the entire United States in one year. Today, that number stands at over one million.

While Christians have historically opposed cremation since the body of every human being was made by God in His image and thus deserving of respect, no explicit condemnation of the practice exists in Scripture.

Russell Moore has weighed in on the burial vs. cremation debate, explaining that while God can resurrect a cremated body, burial better reflects the Christian concepts of the coming resurrection and a high view of the body. Moore is an evangelical ethicist that speaks to the juncture between faith and culture.

In a recent video for The Gospel Coalition website, Moore said Christians often become alarmed when he says burial is the Christian way to inter of the dead because they fear he’s implying that people who are cremated are somehow now “unresurrectable.”

“That’s obviously not the case,” he clarified. “Even in the case of burial, the body decomposes and so at the shout of the archangel and the peal of the trumpet, the coming of the Lord Jesus is able to, by the power of God, reassemble the body at resurrection regardless of what has happened to that person. The sea will give up its dead, the Scripture tells us. People who have been eaten by lions and ripped into pieces will be resurrected at the last day.”

“All sorts of things can happen to the body, and God is still able to resurrect that person,” he continued. “That’s not what the question is about.”

Moore said that the actual question is: “What do we, as the people of God, intend to communicate when we are dealing with our dead?”

He pointed out that cremation comes from eastern religions that would hold that the person’s ultimate destiny is to be disintegrated. In the 19th century, there was a great move from those who would advocate for cremation because burial gave a picture of sleep and of a coming resurrection — an idea that was “religiously offensive” to them.

“They were right to see that because the Scripture says we are but dust and we will return to the ground from which we came,” Moore said. “The Scripture also uses that language of sleep. We are put away in sleep in order to be awakened, in order to see the resurrection of the entire body one day.”

Christians, Moore said, should care what they communicate about death because of the “very high view” that the Bible has of the body.

“The body isn’t just a disposable container of the person,” he said, pointing out that according to Scripture, the women who visit the tomb of Jesus went to anoint Him.

“They were not going to anoint some meaningless piece of tissue,” Moore explained. “They were going to anoint Him; His body was Him. And so, death unnaturally separates the soul from the body, but we are soul and body together. When we care for the body and when we honor the body, we communicate that the body matters and that a day of resurrection is coming.”

The speaker and author said he wouldn’t want to judge anyone who has chosen cremation for themselves or put guilt on those who have chosen to cremate a loved one. Still, he encouraged Christians to hold on to the meaning of burial “because it communicates what we believe about the body and the future day of resurrection.”

With the growing popularity of cremation, pastors and faith leaders have been forced to weigh in on the issue in an attempt to answer the questions of their flock. Craig Groeschel, pastor of Life.Church, previously pointed out that Genesis 3:19 reads, “For you were made from dust, and to dust you will return.”

But John Piper, former pastor of Bethlehem Baptist Church in St. Paul, Minnesota, advises against the practice of cremation, believing that Scripture does not condone burning but burying the body.

Unlike Greek religion, Piper explained, biblical faith “does not view the body as the prison of the soul.”

“So the afterlife has never been viewed as the ‘immortality of the soul’ finally liberated from its physical prison. Rather, Christianity has always viewed the body as essential to full humanity so that the life to come has primarily been seen as the resurrection of the body in glorious eternal life. [The Apostle] Paul did not consider the intermediate bodiless state, between death and resurrection, as ideal.”

“The greatest thing that can be said about the human body is that the eternal Son of God was incarnate in a human body and will have one forever,” he continued.

Piper stressed that Jesus paid for our bodies with His blood and that the human body is described in the Bible as the “temple” of the Holy Spirit.

“Christians also have seen burial as the laying to rest of the body as though it is sleeping, waiting for the waking of the resurrection,” he said.